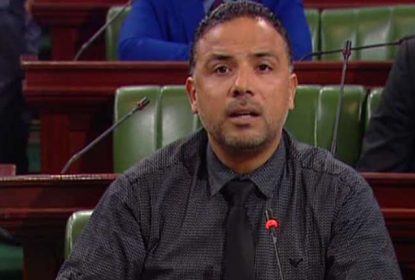 Frozen Al Karama MP Mohammed Affes declared in a post on his page this evening Tuesday, September 21, 2021, the arrest of MP Seifeddine Makhlouf and Nidhal Saoudi. Furthermore, attorney Ines Harrath confirmed the issuance of an arrest warrant against Makhlouf by the 3rd investigating judge at the Permanent Military Tribunal.

“The warrant was issued as part of a file made this evening, on the basis of a direct report from the Deputy Prosecutor of the Military Republic and this after a conversation between Makhlouf and a lawyer (Nidhal Saoudi) in the hall on the security of the country on the occasion of the accidental presence of Seifeddine Makhlouf in front of the court, ”she added.

The content of the dialogue was regarded as a crime of flagrant delicto. As a result, Makhlouf was detained for damaging army morale and promoting slander. The lawyer further said a date has been set for her questioning for September 30.