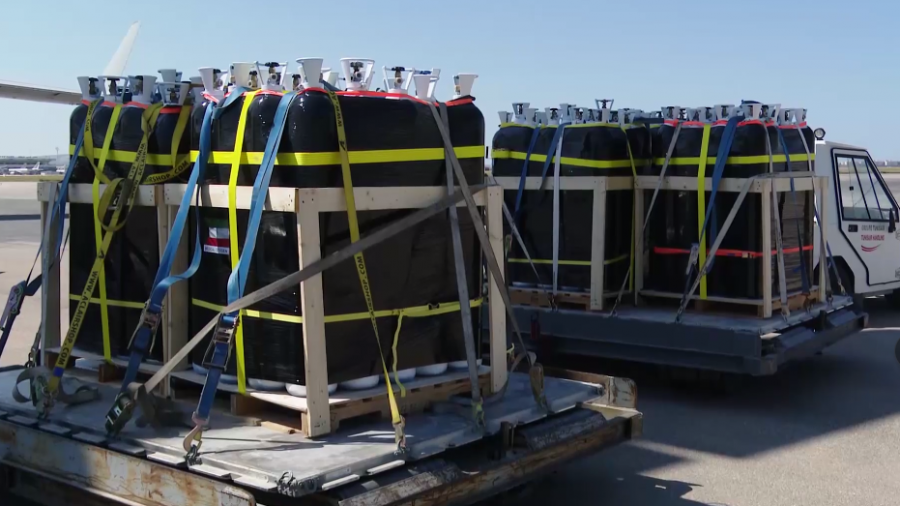 A Kuwaiti plane, filled with 20 tons of oxygen and 400 oxygen cylinders arrived this Tuesday in Tunis, as part of the airlift set up by Kuwait to support Tunisia’s efforts in the battle against covid-19.

In a statement by the Presidency of the Republic, Tunisia expresses its thanks to the State of Kuwait for its constant support at this sensitive stage.

The aid handover ceremony took place in the attendance of the Minister of Foreign Affairs, Migration and Tunisians Abroad, the Minister of Health, the Director-General of Military Health, the First Adviser to the President of the Republic in charge of national security and the Ambassador of the State of Kuwait in Tunis.