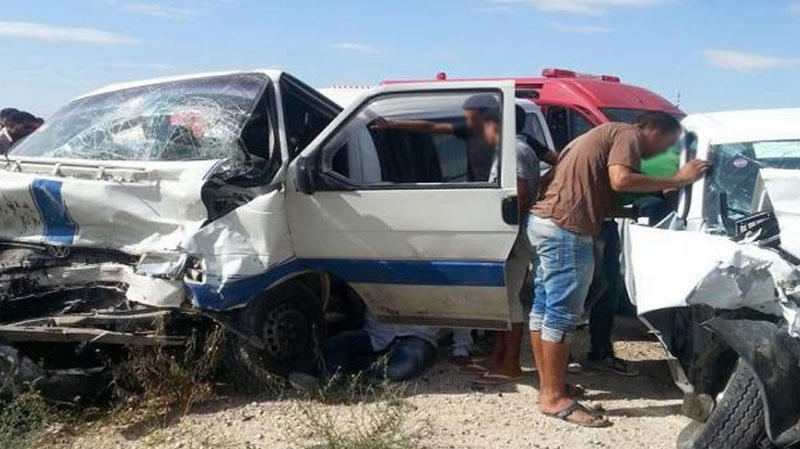 One person died and eight people were sustained varying degrees of severity   after a truck collided with a rural transport vehicle.

The accident occurred between Medjez el Bab and Goubellat at the level of Bomous area. The injured were transported to Medjez el Bab hospital for treatment.