A second explosion has befallen in the National Counter-Terrorism unit in  El Gorjani. The terrorist attempted to detonate himself with an explosive belt at the headquarters of the National Unit for the fight against terrorism.
The suicide bomber was forced to blow himself up at the side of the rear parking lot of the unit headquarters after he was unable to enter the building. 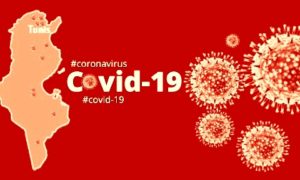