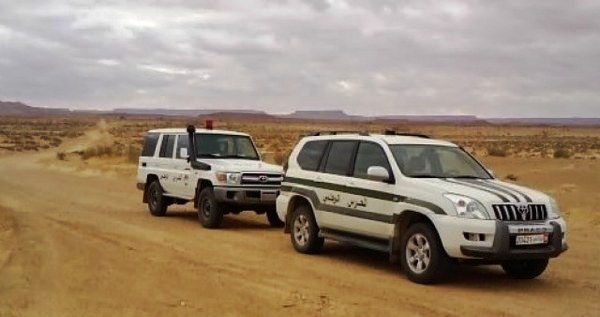 Partagez2
Tweetez
Partagez
+1
2 Partages
Kebili court spokesman stated on Tuesday that a security patrol was the subject of a knife attack this afternoon by a Takfirist. He assailed officers with a knife on the Bir Soltane road, south of Douz, shouting Allah Akbar.
He managed to wound one of the officers before he was overpowered by the others. He acknowledged belonging to the banned terrorist group, Ansar Chariâ. He revealed that the members of this group plotted several attacks of this kind, and against political figures, including the President of the Republic, during his trips in the field.
Partagez2
Tweetez
Partagez
+1
2 Partages

Tunisia-Prosecution reacts to the Minister of the Interior
Tunisia – Bab Saâdoun: A child feets amputated by the metro wheels
To Top