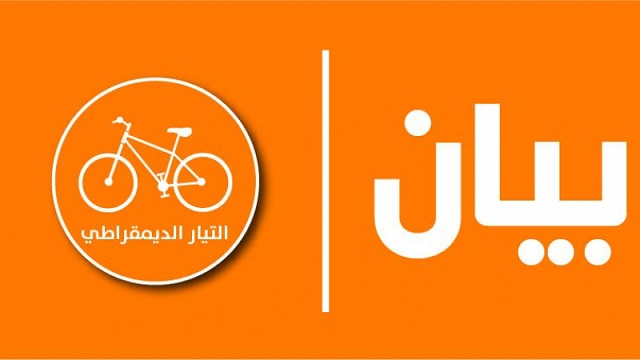 The Democratic Current called on Sunday, January 24, 2021, prime minister Hichem Mechichi to execute a full three-week lockdown as soon as possible and to profit from the experience of the first wave of the pandemic to arrange the list of important sectors, families and groups in need of social and economic measures.

In a press release, the party also called on the administration to shoulder its complete responsibility by making decisions according to the recommendations of the Scientific Committee and their information to the citizens, by accompanying them with proper social measures, while revealing the reasons for the failure of the government to put in place the targeted lockdown measures announced since last October and absence of preparation to implement the general lockdown despite the evidence of the epidemiological indicators and the experience gained during the first wave.

It emphasised the necessity to subsidize protective masks and give them free of charge to families in need and to run private buses with compensation to their owners to subdue overcrowding on public transport, in addition to toughening implementation of the targeted lockdown measures and increase them by shutting down main department stores due to the high possibility of infection and by shifting the decision to reopen cafes and restaurants with compensation for workers and managers.

It underscored the need for coordination between government departments, the Ministry of Health, the media and opinion leaders, to launch a campaign to persuade citizens to adopt the measures of targeted lockdown.

It likewise underlined the need to fund social and economic measures accompanying the general lockdown with a circumstantial solidary tax on sectors not touched by the coronavirus, such as banks, telecommunications companies, financial institutions and insurance companies. , as well as the setting of a combined tariff for the accommodation of patients with coronavirus in the private sector, by having the financial charges received by the National Social Security Fund.

The party also called for the will to implement the vaccination strategy declared by the Minister of Health, upholding the deadlines set, urging the government to speed up consultations with companies and industrialized nations and accelerate the benefits of the system COVAX and the African initiative.

Finally, the party has communicated its disapproval at the evident contradiction between the facilitation of the targeted lockdown measures announced on Saturday by the government and the catastrophic decline of the epidemiological situation, whether in terms of the high number of deaths or the number of cases in hospitals.