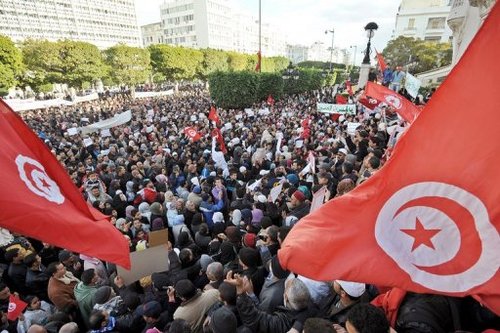 Partagez6
Tweetez
Partagez
+1
6 Partages
In a joint press release, the Democratic Current, Ettakatol and Al Jomhouri expressed their commitment to a national dialogue with the participation of all parties involved. This dialogue will guarantee the battle against corruption and autocracy, the same statement read.
The parties mentioned expressed their discontent with Kais Saied’s tense discourse in which several accusations were levelled at political parties adding that he did not present solutions to get out of the financial and social crisis. They have, within the same framework, rejected any practice which could undermine the Constitution before the presidential and legislative elections are organized.
The parties likewise slammed the policies adopted by the state with regard to migration policies, specifying that Tunisia had accepted to play the role of the Mediterranean police officer. According to the same press release, the Democratic Current, Ettakatol and Al Jomhouri called on all citizens to participate massively in the protests that will be organized tomorrow, December 17, at Habib Bourguiba Avenue to defend democracy and fight against autocracy.
Partagez6
Tweetez
Partagez
+1
6 Partages

Tunisia-Saied’s decisions: Ghannouchi finally comes out of his silence
Tunisia: High Representative of the EU speaks on December 13 presidential decisions
To Top