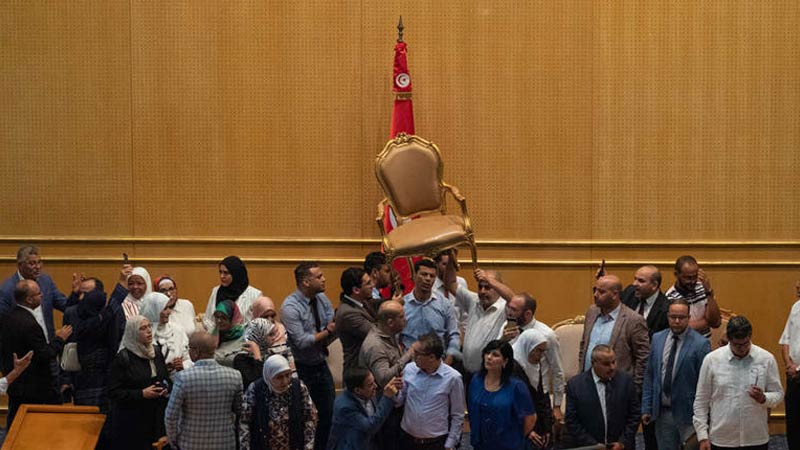 Partagez1
Tweetez
Partagez
+1
1 Partages
Ayachi Zammel, Safi Said, and Iyadh Elloumi, estimated that the exceptional measures adopted by President Kais Saied amounted to a real “coup d’etat”. The three deputies, therefore, invited their colleagues to resume work this Friday, October 1 and to organize “a plenary session” on that date, in accordance with the provisions of the 2014 constitution which stays according to them “the only legitimate constitution”.
They, therefore, circulated a motion which would have been signed by “dozens of deputies” belonging to various parliamentary blocs including Ennahdha, Qalb Tounes and the National bloc.
According to a statement given by Ayachi Zammel to the TAP agency, 90 MPs have so far signed the document. The latter appears to be preparing to return to their post despite the presidential decision to suspend the work of the parliament and the reinforced security around bardo.
Partagez1
Tweetez
Partagez
+1
1 Partages

Tunisia-ATFD calls for respect for parity in the future government
Tunisia-Fethia Saidi: We are under a presidential regime
To Top