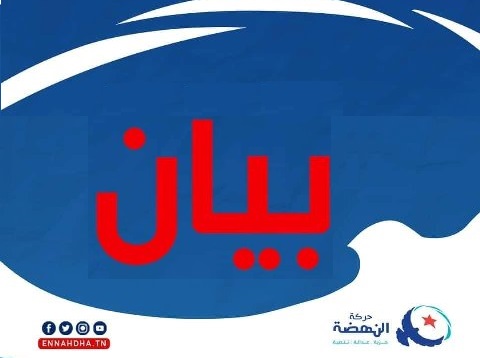 Ennahdha responded to the latest comments by presidential adviser Walid Hajjem in relationship with the president’s orientation towards the halt of the constitution. The party issued a statement declaring its categorical opposition to touch the constitution, which has been the common basis for the legitimacy of all state institutions, since 2014.

Ennahdha affirms that the constitution was drawn up with a broad accord of all the political orientations of the country and that it enjoys vast satisfaction on the part of the Tunisians. Ennahdha denounces certain circles, in particular those close to the President of the Republic who are pushing him to suspend the constitution.

Ennahdha calls for an expanded national dialogue to find resolutions to the country’s problems. Ennahdha additionally calls for speeding up the establishment of a government to secure the urgency of the situation, especially economic and health.