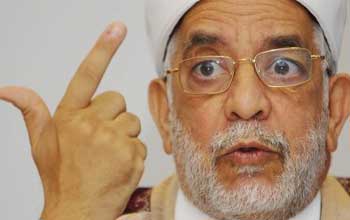 Personalities who have left Ennahdha movement have declared that they are preparing to form a new political party.

According to  Achark al-Awsat, the new party should resume some ideological aspects of Ennahdha without adopting the same strategy in terms of its policy.

This new foundation will be “a common ground” for all those who believe in the identity of the Tunisian people “Arab-Islamic”, adds the same source.

The former leading member of Ennahda Abdelfattah Mourou will oversee this new party. The leadership will consist of Abdellatif Mekki, Mohamed Ben Salem, Samir Dilou and many other lawmakers from the suspended parliament.

Tunisia-Mustapha Ben Ahmed: After 40 years of service, I find myself without medical care
Tunisia-Abdelhamid Jelassi: Kais Saied is waging a war on several fronts
To Top