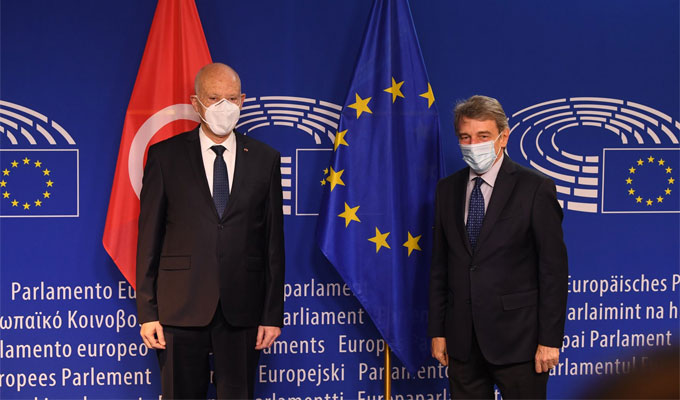 Partagez31
Tweetez
Partagez
+1
31 Partages
The European parliament declared today Friday, October 15, 2021, that Tunisia’s democratic system is under menace due to the lack of separation of powers, a plenary session is foreseen to take place this next Tuesday to debate this
The European Parliament should hence call on Tunisian President Kais Saied to open a dialogue with the country’s principal political parties and representatives of civil society to end the political crisis in Tunisia. President Saied currently holds nearly all executive, legislative and judicial powers, having sacked the prime minister and suspended parliament in July 2021.
This week, Mr Saied appointed a new government by decree, led by Najla Bouden Romdhane, the first woman to hold the post of prime minister, announces the European parliament which adds that the President has significantly lessened the powers of the government and will lead technically the government.
With thousands of Tunisians demonstrating in the streets lately to support or oppose the President’s decisions, there is increasing fear that political divisions will deteriorate into violent clashes between these rival camps, specifies the parliament which guarantees that a resolution will be put to the vote next Thursday.
Partagez31
Tweetez
Partagez
+1
31 Partages