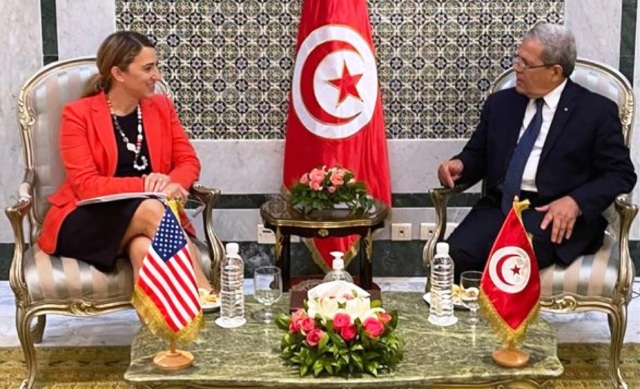 Foreign Minister Othman Jerandi welcomed on Wednesday the US Acting Assistant Secretary of the State Department’s Bureau of Near Eastern Affairs Yael Lempert.

During the meeting, he assured her that the appointment of the new government is only the first step in the achievement of the wishes of Tunisians by President of the republic Kaïs Saïed adding that Tunisia is keen on its democratic process and the establishment of a stable state based on the supremacy of the law.

Mr Jerandi additionally sought to reassure his interlocutor by assuring her that President Saïed would declare the next steps he intends to take, which could reassure Tunisia’s partners. He affirmed to her Tunisia’s interest in supporting these partners until the reform process is achieved.