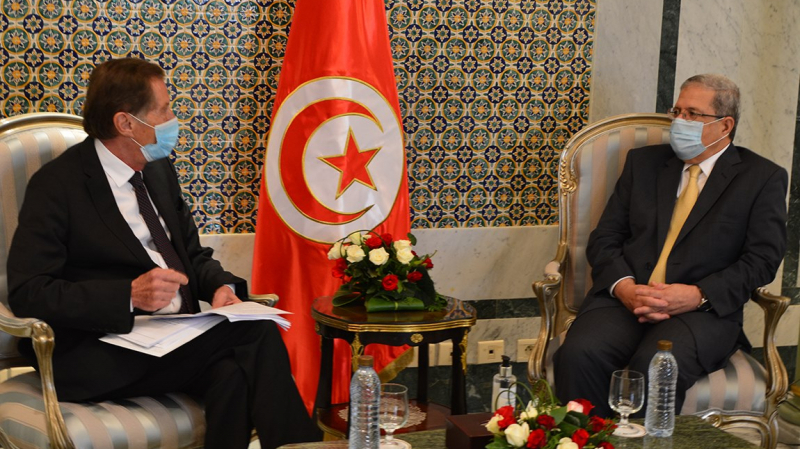 Foreign Minister Othman Jerandi received Palestinian Ambassador Hayel Al Fahoum at the headquarters of the department on Friday. The latter praised the constant support of the President of the Republic Kai Saied for the rights of the Palestinian people to recover their territories and to establish an independent state.

In this sense, the diplomat welcomed Kais Saied’s commitment to defending the Palestinian cause in international forums, citing, in this sense, his speech last Tuesday at the High-level Meeting of the United Nations General Assembly.

The minister, for his part, reaffirmed Tunisia’s constant position and unwavering support for the rights of the brotherly Palestinian people. He added that Tunisia will continue to support the Palestinians in their fight to recover their legitimate, indisputable and imprescriptible rights, namely self-determination and the building of an independent state on the basis of the June 1967 borders with Al Quds. for capital.

Othman Jerandi stressed the importance of involving Palestinians in initiatives aimed at settling the Palestinian cause. Initiatives which must take into account international resolutions as well as the Arab Peace Initiative, reads a press release from the Department of Foreign Affairs.