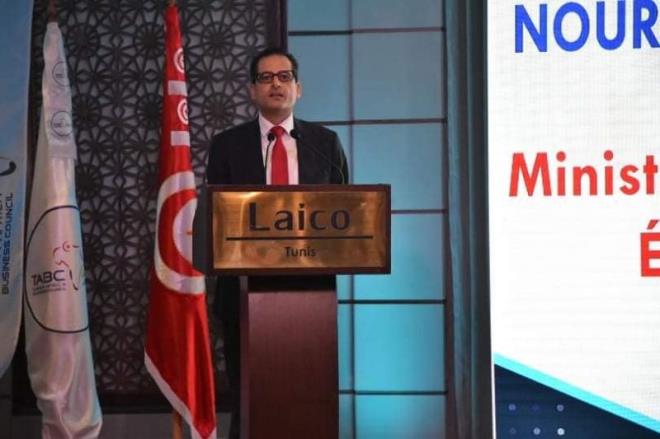 The celebration was further attended by delegates of the private sector in Tunisia, economic actors and businessmen.

“This is a Tunisian Business Council with a global dimension,” the Minister was cited as stating in a Foreign Ministry statement.

Erray commended the efforts of the Tunisia-Africa Business Council since its creation in 2015.

They have endeavoured to reinforce collaboration with sub-Saharan countries and strengthen Tunisia’s exports to this region, the Erray  stated.

The Business Council will be in command of handling contacts with investors, businessmen and big companies in various countries, he added.

Erray similarly pointed to the importance of the Council in broadening the range of economic activity of Tunisian companies, in particular exporting companies, and in attracting foreign direct investment.

He considered necessary to adjust actions among the various Tunisian business councils, chambers of commerce and government support structures, as part of a common vision to promote exports.

Tunisia-Tunisia buys soft wheat and barley in tender
Tunisia-Tunis Survey – Tunisian and his bank: E-banking is gaining ground
To Top