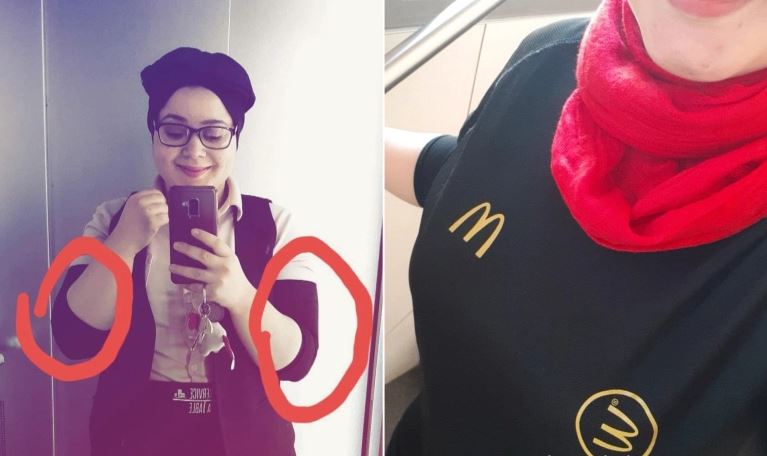 Tunisian student Hajer Barcous alleges to have experienced discriminatory practices because of wearing the Hijab (veil) while working at McDonald’s.In an interview with Al-Jazeera, she claims that a McDonald’s restaurant in Nice, France did not uphold the terms of their contract because of her Hijab.
Under the terms of the contract, Hajer could do a professional management internship at this restaurant in order to obtain her marketing degree, which did not happen.

Indeed, according to the version presented by the student, Hajer Barcous states that after claiming this opportunity, she underwent “intimidation and comments” on her dress aspect. “So people began to remark on my appearance, I suffered psychological stress on a daily basis. The manager forced me to decide between adhering to formal work attire or cleaning the toilet! », She testified.

This incident led Hajer to discontinue her studies for a year because she could not pass her exams. The management of this restaurant even went so far as to fire the Tunisian student for misconduct, relying on a Facebook post in which she relayed the facts.

For its part, the management of this restaurant professes to have upheld the law in dealing with Hajer’s case and disputes having been the cause of any discriminatory practice.

In any case, Hajer Barcous claims to have filed a complaint against the management of this restaurant to preserve what she calls her rights.

Tunisia-Neji Jalloul: We live in a jungle
Tunisia-Breaking news: 1295 coronavirus infections and 72 deaths in 24 hours
To Top