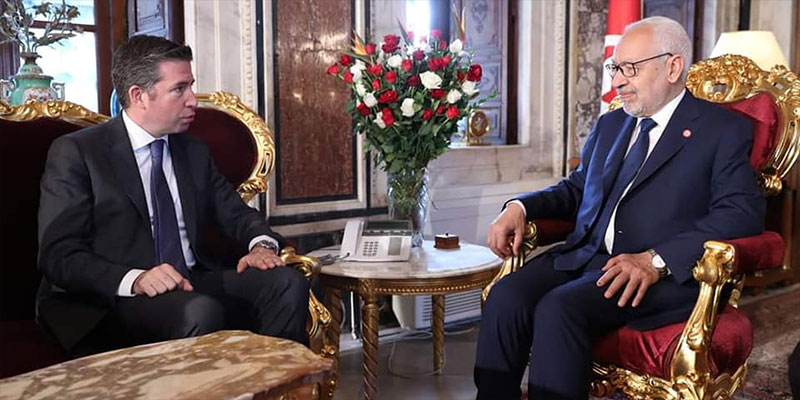 Ghannouchi underlined the deep historical relationship that binds the two countries and the continuous quest to magnify collaboration and partnership in various domains.He further asserted that Turkey stood by Tunisia in its marked path toward democracy, economy and social stability.

He pointed out that Tunisia’s strategic location in North Africa emits a distinguished economic and trade gateway between North and South Mediterranean and other African countries, he highlighted the imperative necessity to steadfastly maintain investment in Tunisia in diverse fields.

On his part, Turkish ambassador Ali Onaner repeated earnestly his country’s resolve to continue investing in Tunisia and heighten the fields of trade and commerce between the two countries.

Moreover, he expressed the need to enhance collaboration between the Assembly of the Representatives of the People of Tunisia and the Grand National Assembly of Turkey.