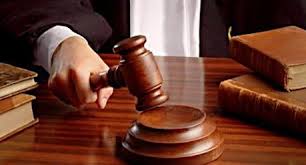 Concerning the mutual accusations of corruption on the part of two high-ranking Tunisian judges (Taib Rached, first president of the Court of Cassation and Bechir Akremi, former public prosecutor), the organization I WATCH requested the Superior Council of the judiciary to lift the immunity of the two suspects until the charges against them are lifted.

Underscoring the gravity of these accusations, given their consequences on the image of justice in Tunisia, I WATCH recollected that the immunity given by law to certain functions is not absolute and that it only points that its holders can work, without concern of possible abusive prosecution.

In the same vein, the NGO called on all authorities to separate with the system of impunity, in order to recover citizens’ confidence in the state, and particularly in the judiciary.