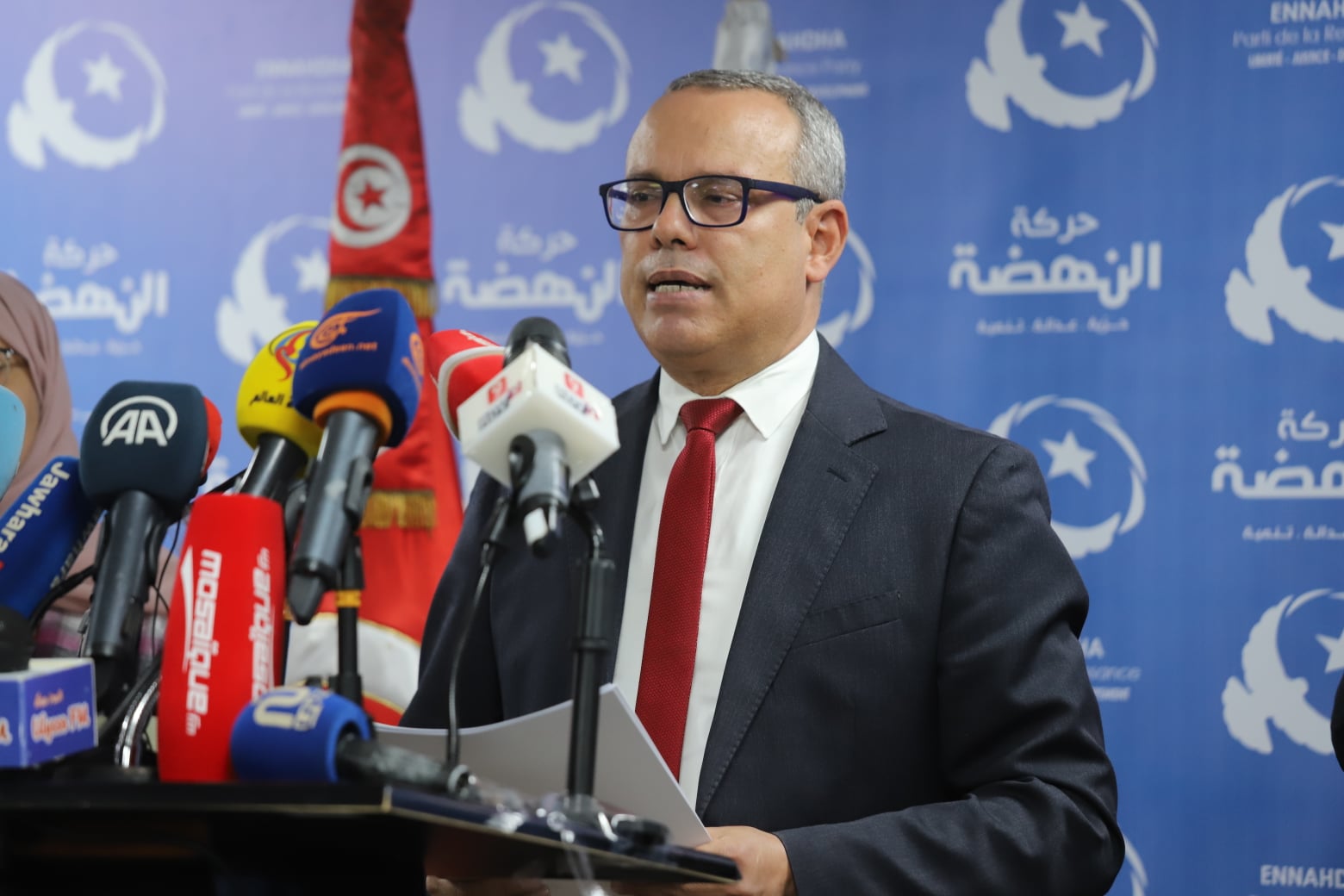 Partagez27
Tweetez
Partagez
+1
27 Partages
The spokesman of the Ennahdha Movement, Imed Khemiri, stated, this Friday, June 24, during a press conference, that the party condemns and denounces any try to target the President of the Republic and demands the revelation of the identity of internal and external parties implicated in the attempted attack on Kaïs Saïed.
Khemiri cautioned against the exploitation of security and justice in political disputes, pointing out that state institutions must stay neutral. Imed Khemiri likewise indicated that “the power has been harassing Ennahdha since July 25” and that he discovered no element implicating the Movement and its leaders in cases of terrorism or corruption. “
They have been harassing us for more than a year and they have been incapable to present a real case convicting Ennahdha (…) , he declared.
Partagez27
Tweetez
Partagez
+1
27 Partages

Tunisia-Brahmi: Hearings of Ennahdha leaders must be public
Tunisia-Extension of the detention of Adel Daâdaâ
To Top