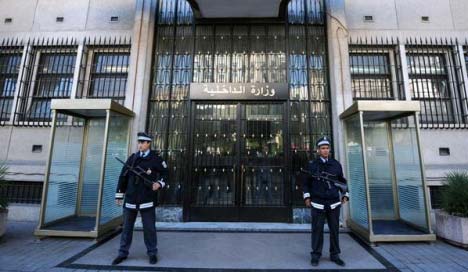 Partagez5
Tweetez
Partagez
+1
5 Partages
The Minister of the Interior has decided to remove 34 chargés de mission. The latter get bonuses and profits without being actually entrusted with any task within the services of the minister’s office. In a statement released on Thursday, the department announced Interior Minister Taoufik Charfeddine had undertaken to carry the first audit mission in the departments under his cabinet.
The purpose is to make the work of these services more efficient, to rigorously set responsibilities, to rationalize expenditure and to protect public funds, the same source reads.
These measures are part of the consecration of transparency and the establishment of good governance within the Ministry of the Interior” adds the same source.
Partagez5
Tweetez
Partagez
+1
5 Partages

Tunisia-Minister of Women, President of National Council for Women in Egypt discuss bilateral cooperation
Tunisia-Sousse: A child violently assaulted by his teacher
To Top