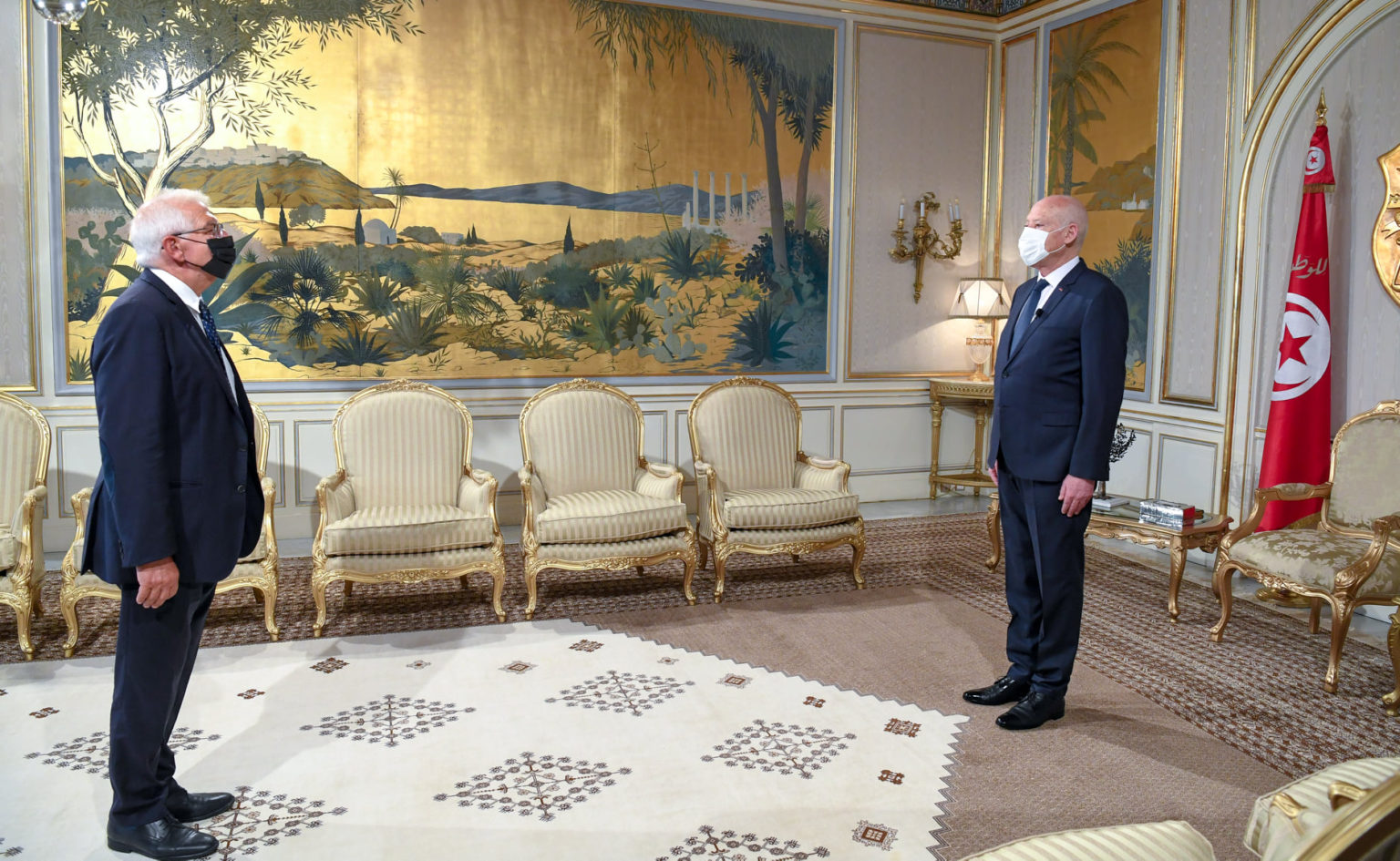 The High Representative and Vice-President of the European Commission, Josep Borrell, announced he was keen to visit Tunisia at this significant time to show the attachment of the European Union and its member states to Tunisia, “a very important partner,” he said.

He pointed out that with the Tunisians, the EU has succeeded in establishing a strategic and strong partnership that comprises all areas of common interest. He additionally indicated that since 2011, the EU has become more engaged alongside the Tunisian people and authorities to support their decision to build a sustainable and efficient democracy. “A democracy at the service of the people”, he stressed.

He has, furthermore, confirmed today, after being received by the President of the Republic, Kaïs Saïed, the wish and the will of Europe to maintain this common course. The high representative of the European Commission has, moreover, carried to President Kaïs Saïed the European apprehensions concerning the preservation of the democratic acquis in Tunisia, which alone is able to ensure the stability and prosperity of the country.

For him, the free exercise of legislative power and the resumption of parliamentary activity is part of this achievement and they need to be respected.

“It is necessary to lead the country towards the reestablishment of institutional stability while maintaining these democratic foundations and this, while listening to the wishes and aspirations of the Tunisian people, within the framework of an open dialogue. and transparent, which will enable Tunisia to start afresh on the path of democratic consolidation “, said the European representative.

He, on the other hand, thanked the Head of State, for the sincere and in-depth notes they exchanged, following which he stressed Europe’s respect for the sovereignty of Tunisia, its attachment to its democratic anchoring, as well as its consecration of the rule of law, institutions and fundamental freedoms.

The  European official additionally spoke with the head of the Presidency’s Cabinet, Nadia Akacha, as well as with the acting minister of economy Sihem Boughdiri. Borell similarly met, during his visit to Tunisia, representatives of the main political parties and representative members of Tunisian civil society, whose positions he wanted to hear, in order to better grasp the situation in its complexity.

Josep Borell says he took note of the messages during his meetings, in particular with President Kaïs Saïed. He declared that in the coming days he will share these messages and these analyzes with his European counterparts at the Council of Foreign Ministers, the European Commission, the European Parliament and with all his colleagues from the European institutions. And it will eventually be on the actions and concrete measures that will be taken in the coming weeks that the EU will conclude how it can better support and accompany democracy, stability and prosperity in Tunisia.