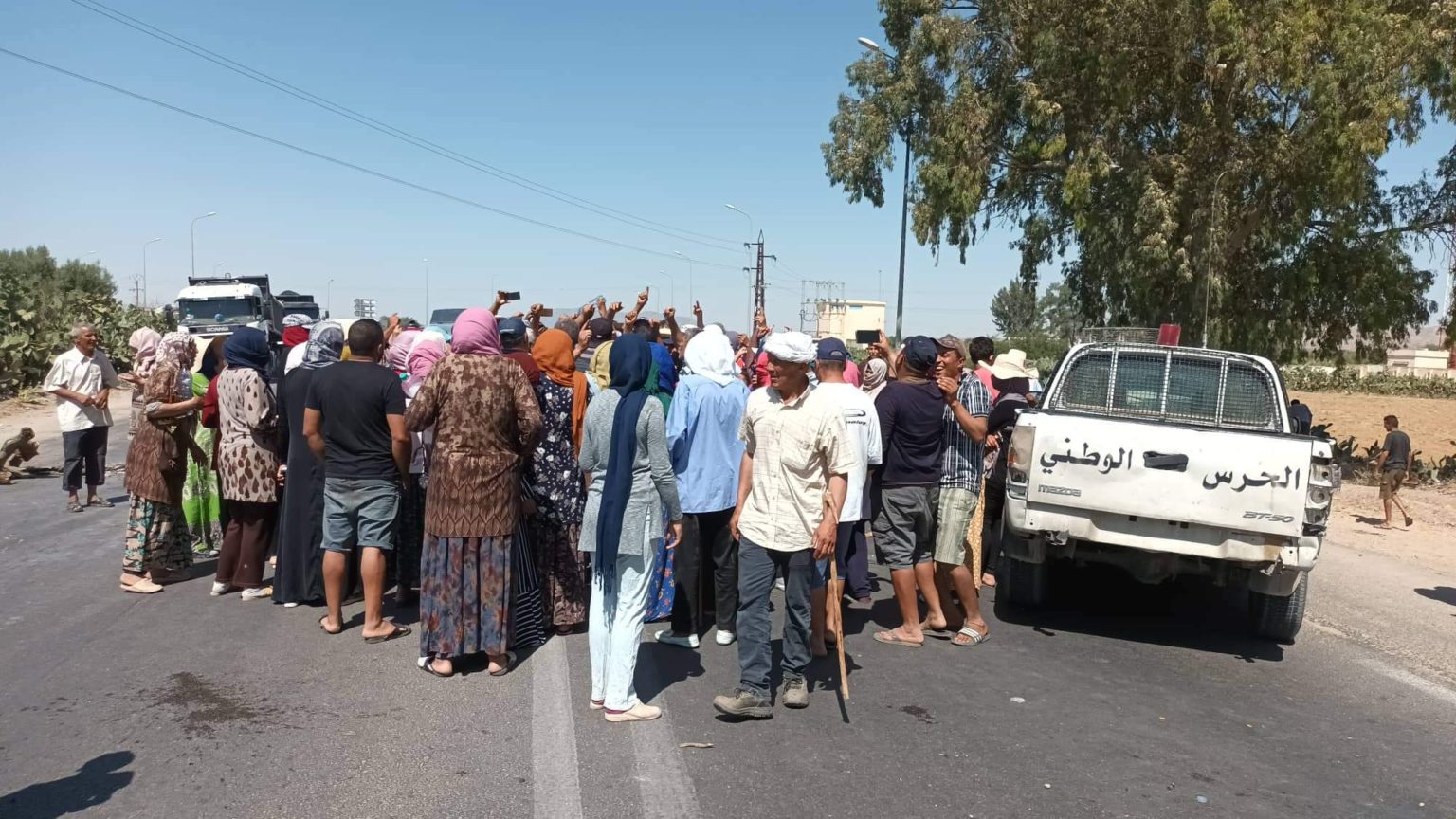 Inhabitants of “El Karin” locality under the delegation of Chebika (governorate of Kairouan) blocked the road at the intersection of the  delegations of Hajeb Laayoun and Haffouz. The National Guard agents of the Chebika delegation succeeded to unblock the street while the delegate had hardship fleeing the attacks of the protesters.

According to him, these protesters were about to assail him on the background of incorrect information relayed by one of the citizens, according to which the delegate had secretly distributed agricultural land to young people from other areas.

Speaking to Tunisie Numérique, the delegate revealed that he will prosecute anyone implicated in this case. Young graduates from the locality of El Karin came out today to protest asking to profit from agricultural land granted by the Ministries of Agriculture and State Property and Land Affairs.