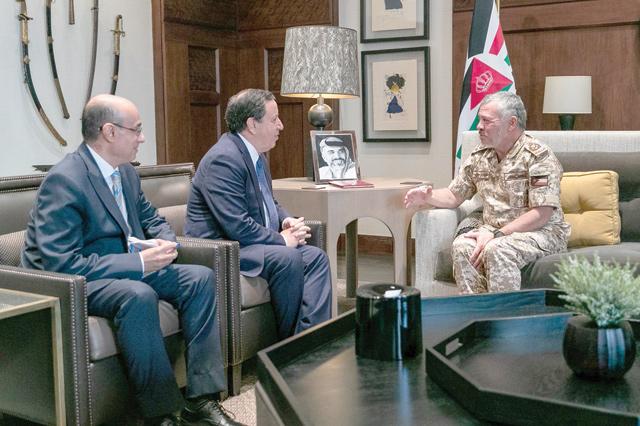 During the gathering, King Abdullah II reaffirmed the deep-rooted relationships between Jordan and Tunisia, displaying insight to develop collaboration in diverse areas, towards the prosperity of the two countries and peoples and in service of Arab and Islamic causes.

Minister Khemaies Jhinaoui later met Jordanian FM Foreign Minister Ayman Safadi, the two counterparts discussed bilateral issues and collaboration in the field of defence, economy and trade,
Safadi and Jhinaoui also examined regional advancements with the Palestinian cause at the forefront, as well as attempts to reach resolutions to the Syrian and Libyan crises and international efforts to combat terrorism.
“We continue to coordinate on the matter through communication with the international community and utterly condemn unilateral Israeli measures that seek to tamper with the status quo of Jerusalem’s Muslim and Christian holy sites, which are under the Custodianship of His Majesty King Abdullah who has spared no effort in protecting them,” Safadi stated. “Terrorism is a joint challenge and we continue to coordinate in facing its threat, which bears no association to our religion or values and is a danger to us all,” Safadi stressed.
For his part, Jhinaoui revealed that Tunisia had significant relations with neighbouring countries, continuing that Tunis has magnified bilateral communication and statutory frameworks with diverse parties in Africa.
Jhinaoui called upon Jordanian businesspeople to benefit from the advantages of accessing new markets through Tunisia.