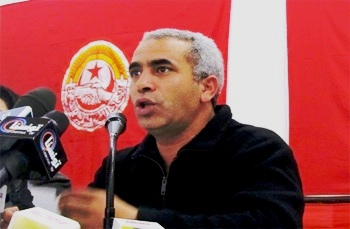 General Secretary of the Secondary Education Federation Lassâd Yakoubi announced yesterday that 300 sports teachers are paid while not working.

Speaking on  Attassia TV, he affirmed that the union had frequently reported this finding to successive education ministers, revealing that several great coaches still receive their salaries as physical education teachers.

It’s a whole system. What transpired in Sidi Bouzid is not an isolated case, he added, adding that this situation has been going on since 2013.

With regard to long-term leave for teachers, Lassâd Yakoubi estimated that this is a right granted by the legislative texts in force, nevertheless calling on the administrations of schools to play their role as a supervisory authority with a view to not allowing overruns to go unpunished.

Tunisia-5 covid deaths in Beja
Tunisia-Naoufel Amira: CNAM has become a threat to the health system
To Top