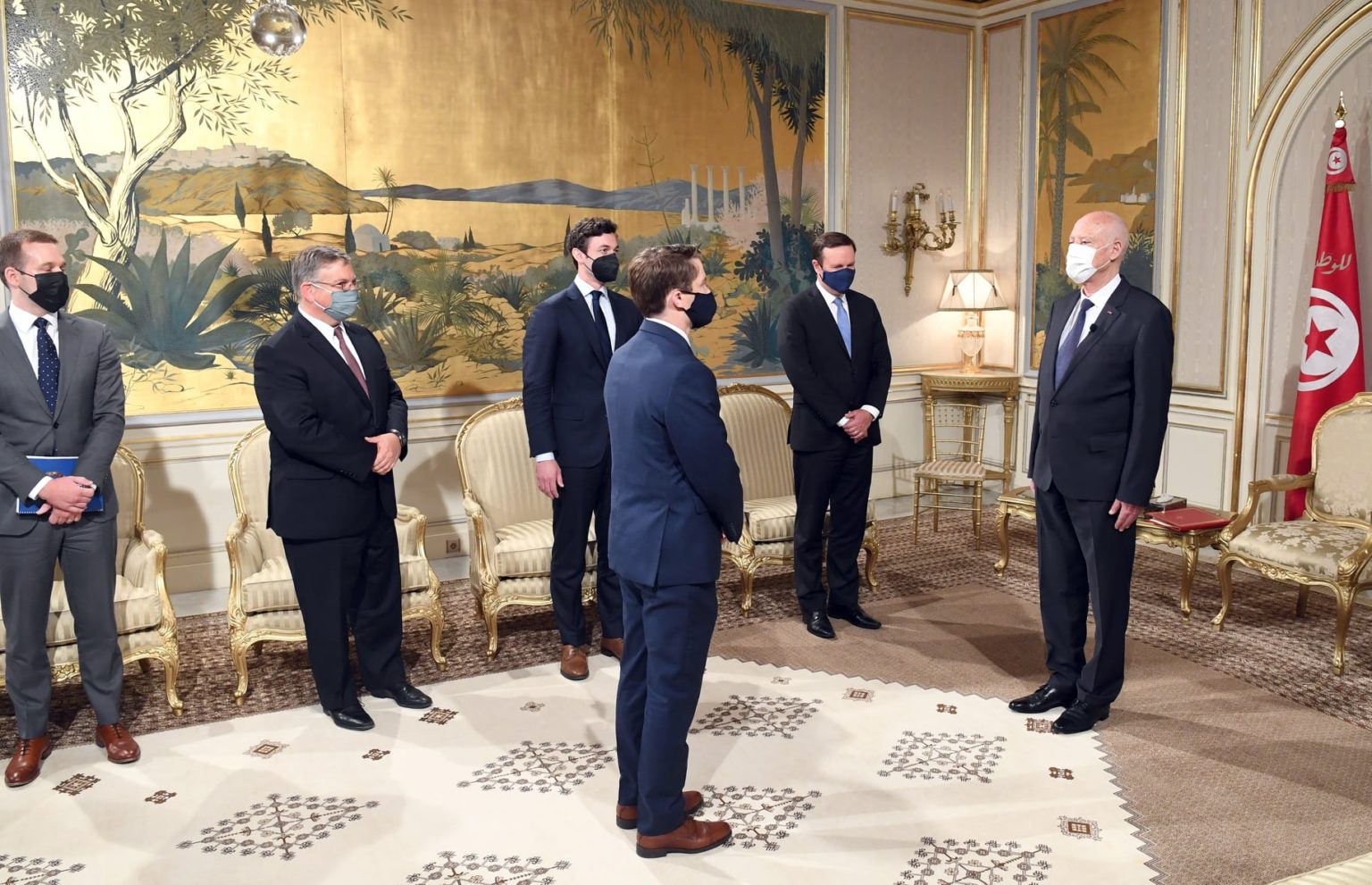 Partagez45
Tweetez
Partagez
+1
45 Partages
A lunch was organized yesterday Saturday at the home of the American ambassador in Tunis. A lunch to which many delegates of the Tunisian political class had been invited, as well as Tunisian civil society, in particular, that funded by American funds.
Frontal attack of Kaïs Saïed by Samira Chaouachi On the presence side
the Americans have certainly experienced a severe setback, as many political parties have declined the invitation, deeming the “meeting” as an American intrusion in the country’s internal affairs.
Some Tunisian NGOs similarly boycotted the lunch, despite being largely financed by American aid. Besides the Islamist deputies, representing the party instigating the visit of the American parliamentarians, were, in particular, present at this lunch, Samira Chaouachi, Marouène Felfel, Hatem Mliki, as well as a reporter working at the parliament.
If Hatem Mliki has, in a way, defended the position of the Tunisian president, and confirmed to his hosts that what has been undertaken was needed to restore the rule of law, Samira Chaouachi, on her side was extremely virulent towards Kaïs Saïed, accusing him of being at the origin of the delay in the establishment of the constitutional court, and at the root of all the evil that exists, at the moment, in Tunisia, consequently sealing the final position of her party in relation to the President of the Republic.
The foremost “recommendations” of the American senators Regarding the content of the debates
Sources of TunisieNumerique affirmed that the Americans reemphasised their demand to re-establish the parliament, first of all. They have, nevertheless, consented to the parliament undergoing certain readjustments, the details of which they leave to the goodwill of the Tunisian political class.
The Americans, on the other hand, have recommended for the next prime minister to be an economist. This would facilitate the release of funds internationally. But they additionally expressed their condition that the government be subject to the blessing of the parliment, as the main condition for it to be solvent with international bodies.
Partagez45
Tweetez
Partagez
+1
45 Partages

Tunisia-Americans press Saïed to reestablish parliament
Tunisia: Candidates for the Presidency of the Government
To Top