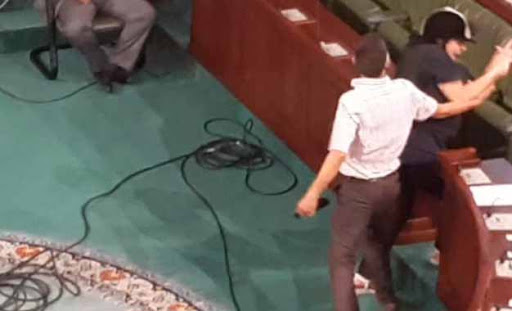 Partagez54
Tweetez
Partagez
+1
54 Partages
Following the assault on PDL MPs Abir Moussi and Wissem Chaari, Machrouu Tounes party considered that the independent deputy (former Al Karama), Sahbi Smara, no longer has his place in Parliament, emphasising that the latter need be “removed from office”.
The party called the attack a “cowardly and despicable act”, accentuating its categorical refusal of any kind of violence against women.
Machrouu Tounes said that such acts are meant to create a diversion to distract from what is especially important, namely the case of Judge Bechir Akremi (known to be close to the Ennahdha movement) who was in the process of being revealed to the general public and to the press.
Partagez54
Tweetez
Partagez
+1
54 Partages