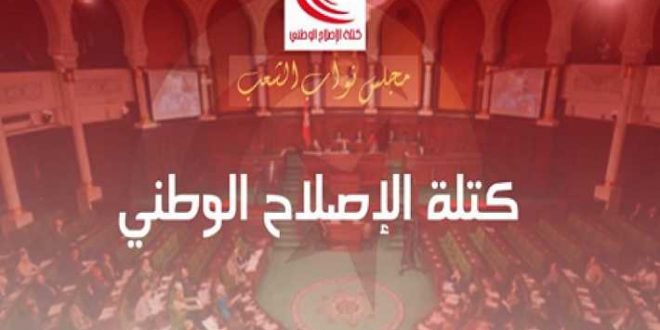 According to the Reform parliamentary bloc, the three presidencies are accountable for what is occurring in Tunisia because of their incapacity to meet the economic and health crisis.

The bloc called on the different parliamentary blocs and MPs who signed the motion to withdraw confidence from house speaker Rachel Ghannouchi to unveil the number of signatures.

It further condemned the double-standard policy adopted by Rached Ghannouchi, calling on Hichem Mechichi not to give in to blackmail and pressure.

The bloc similarly condemned any attack on state institutions, in special the Presidency of the Republic, emphasising the weights of such behaviour on the image of the country.

In this sense, it warned against the involvement of security and military institutions in questions relating to problems of conflict of jurisdiction.

Tunisia- Yassine Ayari:Kaïs Saïed did everything to sabotage the arrival of vaccines in Tunisia
Tunisia-Samir Dilou: Constitutional Court will lack credibility
To Top