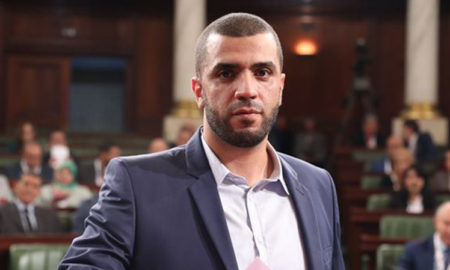 MP Rached Khiari, provoked a scream of whistleblowing reactions at the plenary of Tuesday, June 9, 2020, devoted to the discussion of the motion for an apology to France presented by the Al Karama Coalition.

During his intervention to comment on the content of the motion, Rached Khiari suggested that the Supreme Fighter and founder of the Tunisian Republic, Habib Bourguiba, was a henchman serving the French occupiers.

He also assumed that Tunisia’s independence deal reached by President Bourguiba was solely a play and that the plot was then exposed by Salah Ben Youssef.

“A state never pays homage to one who claims to have kicked him out. France has erected a statue for the “Supreme Fighter” in the heart of its capital Paris (…) the colonial states pay tribute only to their henchmen, “he said.

MP’s of the Free Destourian Party (PDL) demanded Khiari withdraw what he had said and apologize. Some even threatened to interrupt the plenary.