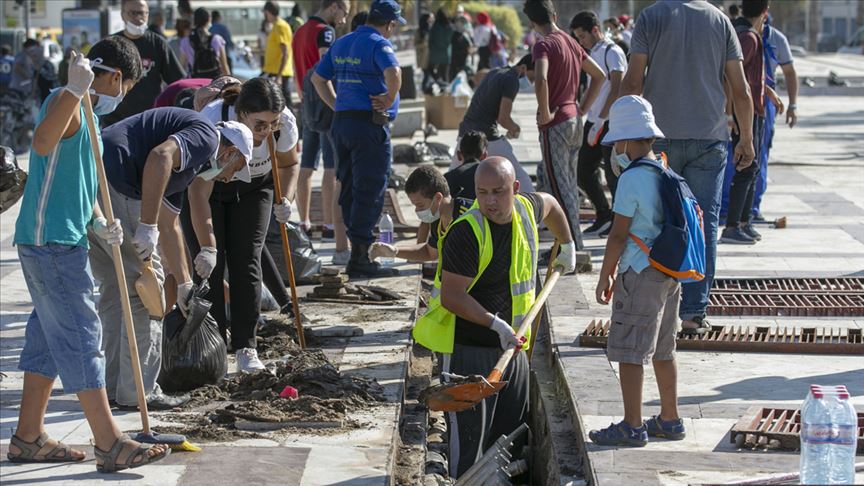 A large-scale clean-up initiative launched by Tunisian youth on social media under the official motto “Clean Up Your Country” swept the nation.
The governorates of Tunisia saw enthusiastic volunteers and local authorities supply efforts towards tidying up cities. Required material was made accessible by local municipalities.
The civil action included sweeping streets, lifting garbage and dust, assembling plastic waste, painting sidewalks and embellishing public spaces.
The drive began after voluntary cleaning actions raised in the several governorates of the country, in the wake of the October 13 second round of the early presidential election under the slogan “Awareness.“

Related Items:Clean Up Your Country, Tunisia