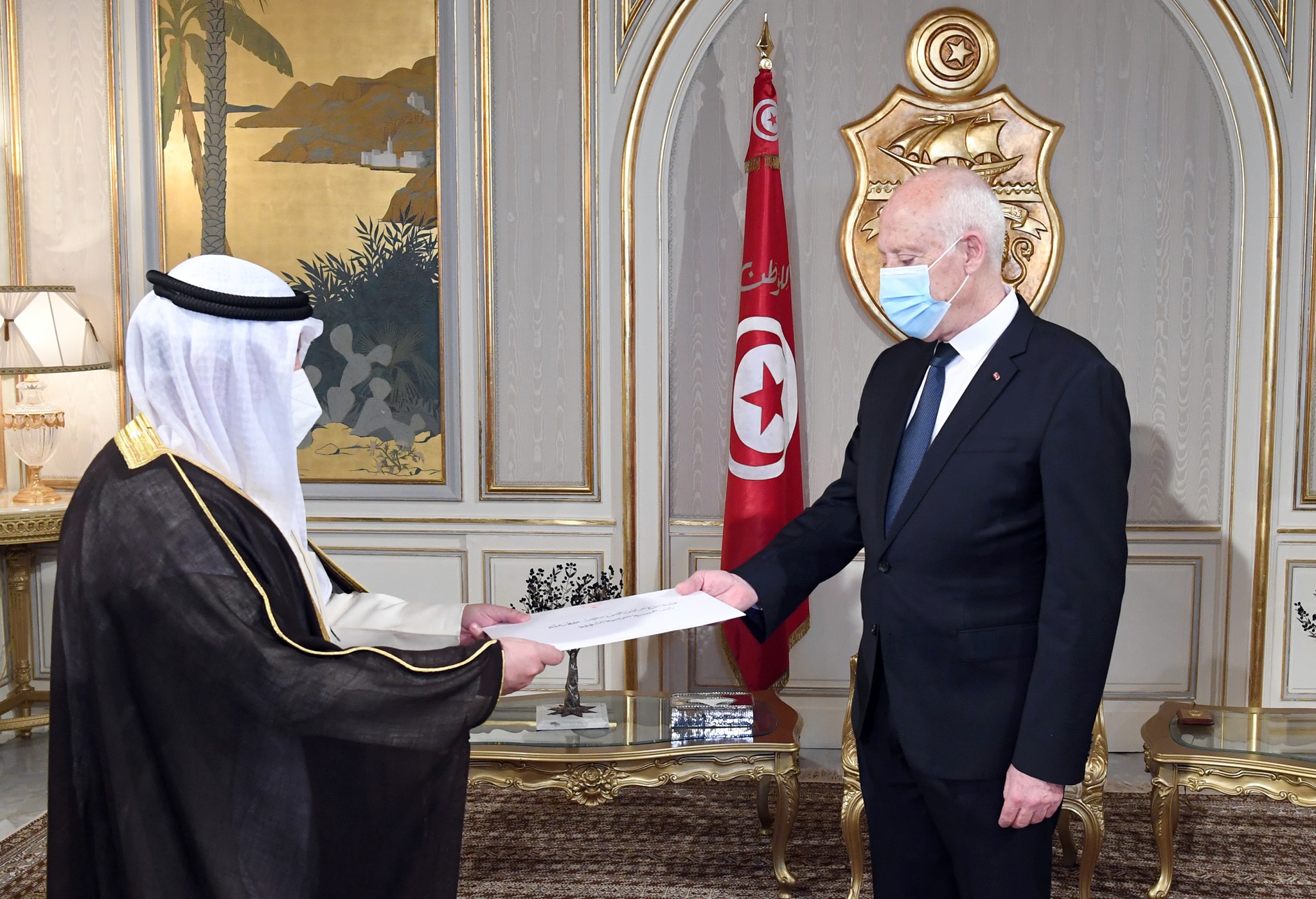 The head of state reacted favourably to this invitation while affirming Tunisia’s aspiration to strengthen historic relationships with Kuwait and its desire to accelerate cooperation.
During the meeting, the Head of State communicated his satisfaction at the level of strong and firm fraternal relationships that bind Tunisia and Kuwait, affirming the real chances available to the two nations and promising prospects for investment, cooperation and partnership in different fields according to unconventional approaches and formulas.

The President of the Republic further pointed out the common values and principles that Tunisia and Kuwait share in handling regional and international issues, and the solid will to continue to play their role in surmounting the hurdles in the region to achieve what the Arab peoples aspire in terms of security, stability and development.

On his part, Kuwait Minister of Foreign Affairs expressed his nation’s aspiration to continue strengthening historical relationships with Tunisia, and its keenness to speed up the resumption of collaboration mechanisms and further consolidate  coordination and consultation between the two countries concerning regional and international portfolios of common interest.