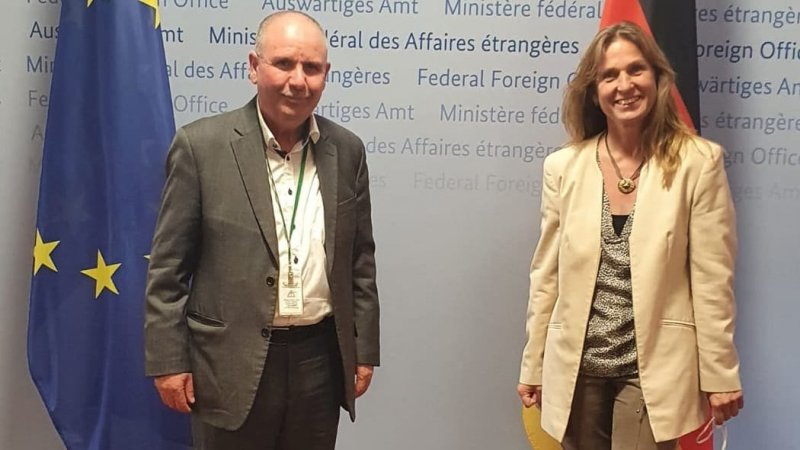 Partagez1
Tweetez
Partagez
+1
1 Partages
On the sidelines of his participation in the work of the German Trade Union Confederation, UGTT General Secretary Noureddine Taboubi met with Katja Keul, Deputy Minister for Foreign Affairs.
The meeting concentrated on foreign investment in Tunisia. According to the same source, the UGTT General Secretary  called on the German Confederation to support the nation and its democratic experience by intervening with financial institutions.
Partagez1
Tweetez
Partagez
+1
1 Partages

Tunisia-under presidential decree: Farouk Bouasker new ISIE president
Tunisia-Hamma Hammami: Tunisia is going through a suffocating crisis similar to that of 1987
To Top