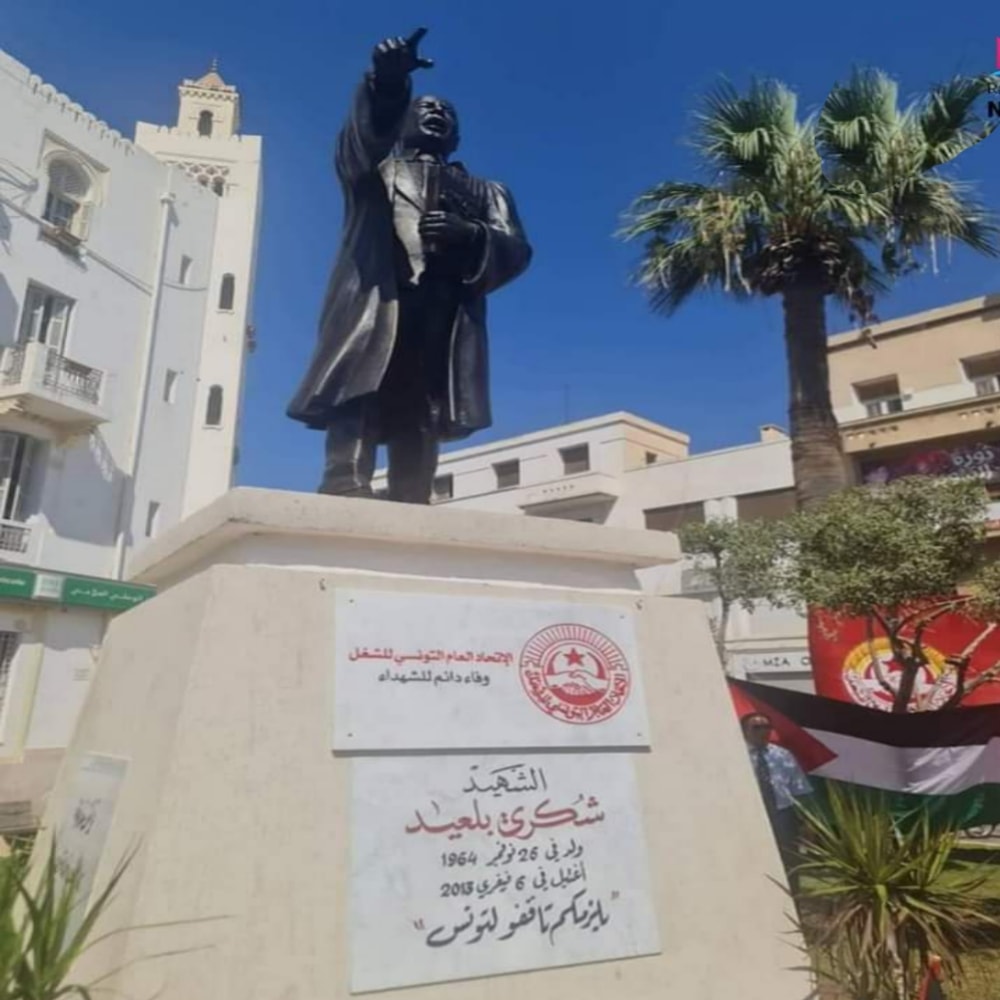 The UGTT secretary general Noureddine Taboubi, inaugurated, this Sunday, August 7, 2022, in Sfax, a statue in memory of martyr Chokri Belaïd at Bab Bhar in Sfax.

Taboubi confirmed that the union is still operating to unveil the truths about the assassination cases of the two martyrs, Belaid and Brahmi, particularly since Belaid terrorized and frightened the cowards, he said.
Partagez1
Tweetez
Partagez
+1
1 Partages

Tunisia-UGTT condemns Zionist attacks on Gaza
Tunisia-Taboubi: UGTT neutrality does not give a white card to Saied
To Top