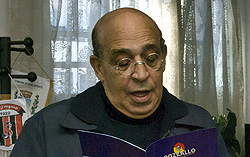 Habib Torkhani, spokesperson for the Tunis Court of Appeal affirmed that the public prosecutor at the Tunis court of first instance on Monday opened an inquiry into the circumstances of the death of businessman Jilani Dabboussi.

The probe was opened for attempted murder with premeditation, torture and ill-treatment in accordance with articles 32, 59, 201, 202, 101 bis and 143 of the Criminal Code, he told TAP.

“This legal action comes following an authorization issued on Monday by the Minister of Justice, in accordance with the provisions of Article 23 of the Code of Criminal Procedure, to the Attorney General at the Tunis Court of Appeal concerning the demise of Jilani Dabboussi ”, he underlined.

Jilani Dabboussi died suddenly in 2014, just hours after being discharged from jail. He had been incarcerated for two and a half years in the prisons of Bulla Régia and Mornaguia successively.