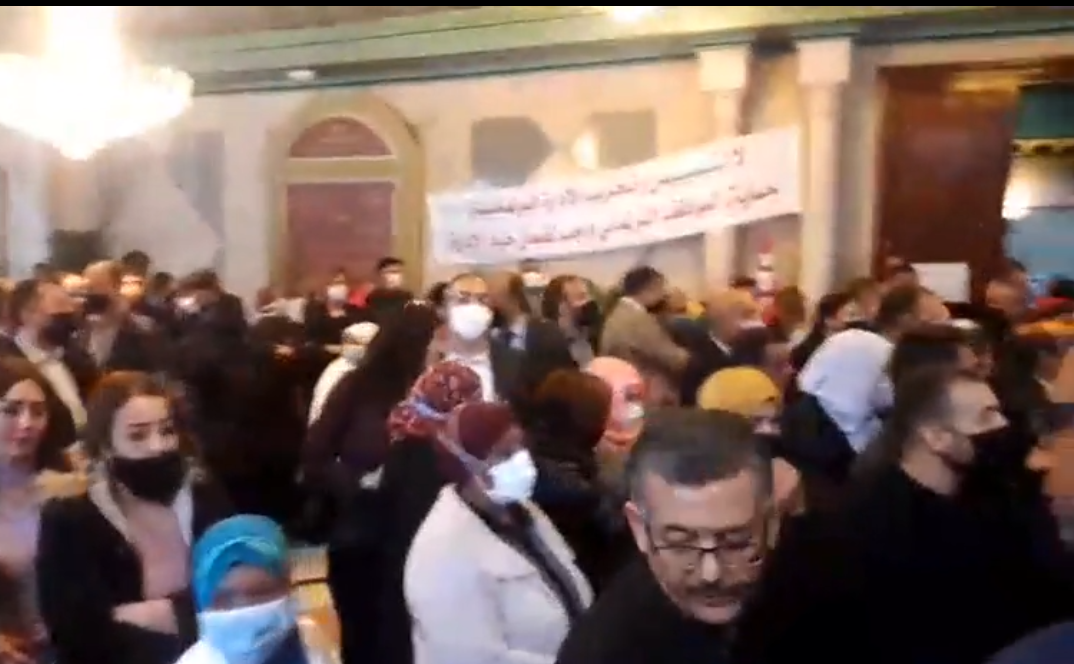 Agents and officials of the House of People’s Representatives organized a demonstration rally against recent statements made by the Al Karama bloc president  Seifeddine Makhlouf during the consideration of the state budget bill.

The general secretary of the parliament officers and executives union, Ahmed Messaoudi, called on the MP to remove his speech and apologize for calling the employees “thieves”.

Messaoudi said Makhlouf’s intervention is part of a settling of scores with the UGTT.