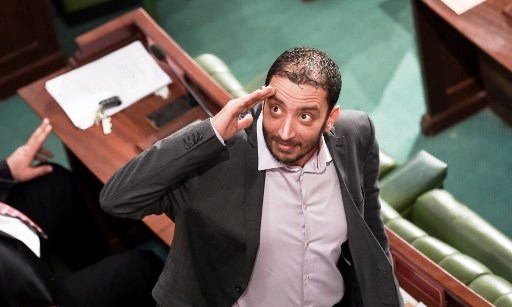 Partagez1
Tweetez
Partagez
+1
1 Partages
The information and communication officer at the House of People’s Representatives  Maher Medhioub declared that the Parliament has submitted Yassine Ayari’s candidacy for the Guillermo-World Press Freedom Prize organized by the United Nations Educational, Scientific and Cultural Organization (Unesco).
Medhioub recollected that Ayari is appearing before the military court because of a post published on July 27, 2021, in which the MP pointed to the “coup d’etat” instituted by the Head of State Kais Saied and its grave repercussions on republican values.
Partagez1
Tweetez
Partagez
+1
1 Partages

Tunisia-Noureddine Bhiri is in grave state, according to his defence committee
Tunisia- Alliance for Tunisia calls for the freezing of the activities of Ennahdha and Qalb Tounes
To Top