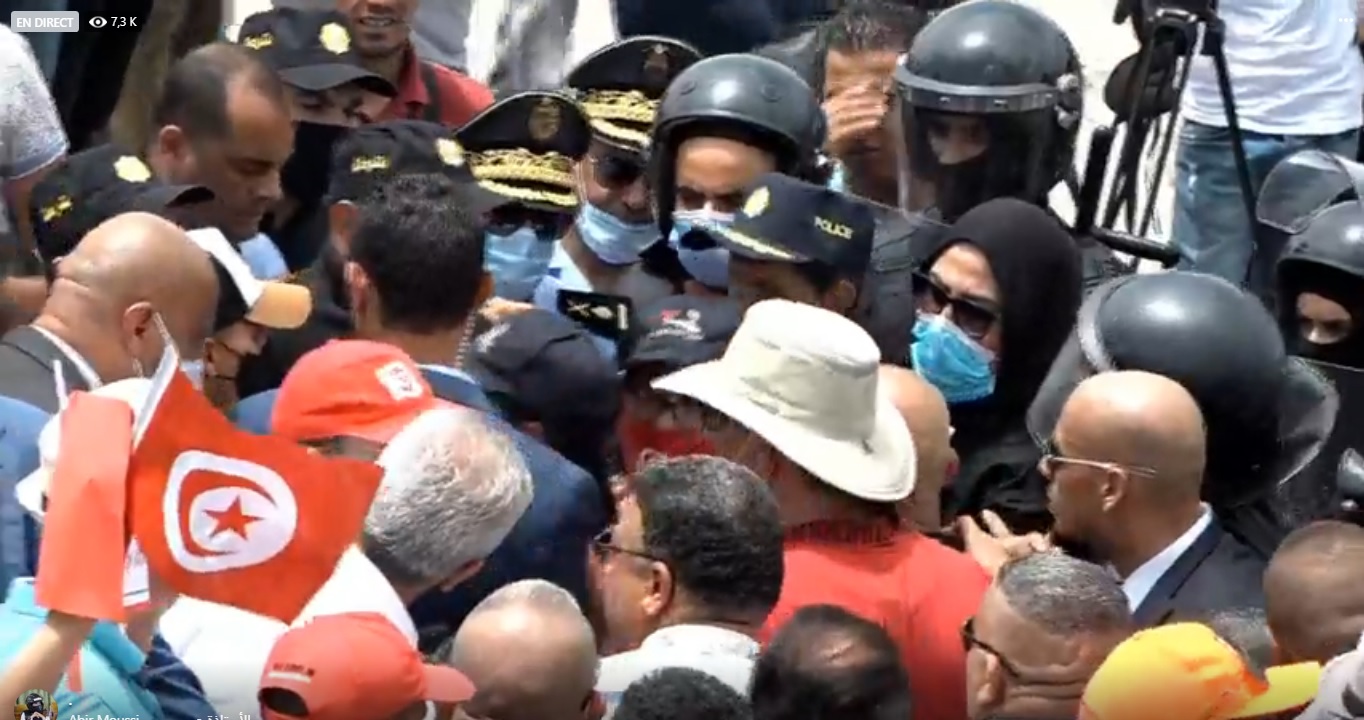 According to videos posted live on the official page of PDL leader Abir Moussi, clashes ignited between demonstrators and law enforcement officials during the protest taking place at Bardo.

Despite the tensions, the protest continued with a highly intense police presence.

The protesters shouted slogans against Ennahdaha Movement and its president Rached Ghannouchi, but additionally against prime minister Mechichi government, according to the same source.