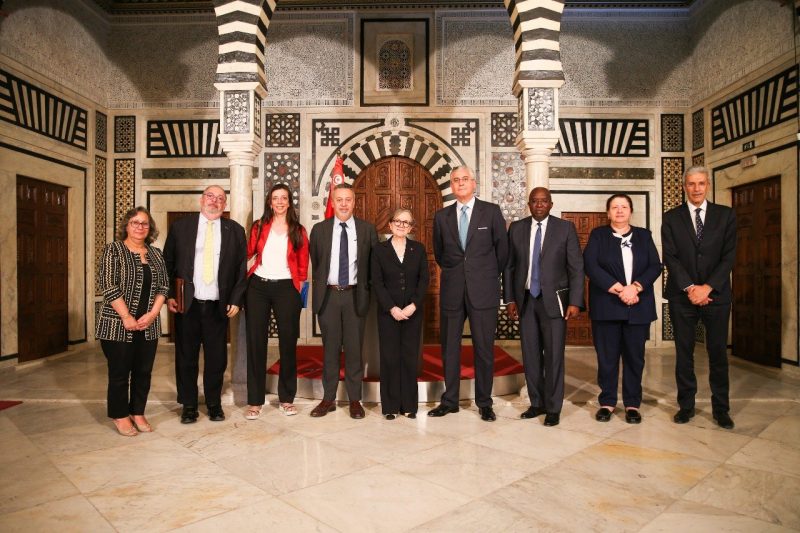 The program of reforms in the civil service and public enterprises was at the heart of a meeting between prime minister Najla Bouden, and a delegation from the World Bank and international financial institutions. The meeting examined the major new mechanisms, with a view to further polarizing foreign investors, and easing business creation procedures, the presidency of the government announced in a press release.

The delegation included, in particular, the vice-president of the World Bank, Farid Belhaj, the regional director for North Africa of the International Finance Corporation, Cheikh Omar Siela, as well as representatives of financial institutions in Tunis.

Samir Saïed and Neïla Nouira Gongi, respectively, Minister of Economy and Planning and Minister of Industry, Mines and Energy, as well as the Secretary-General of the Government, Sarra Rejeb were in attendance at this meeting.

This meeting takes place, on the sidelines of the Tunis forum for investment, held on June 23 and 24, under the theme “Tunisia of reforms and competitive values”, in which representatives of international financial institutions, economic enterprises world and economic actors.

Tunisia-IMF is ready to start program negotiations in the coming weeks with Tunisia
Tunisia-Farid Belhadj: The World Bank supports Tunisia
To Top