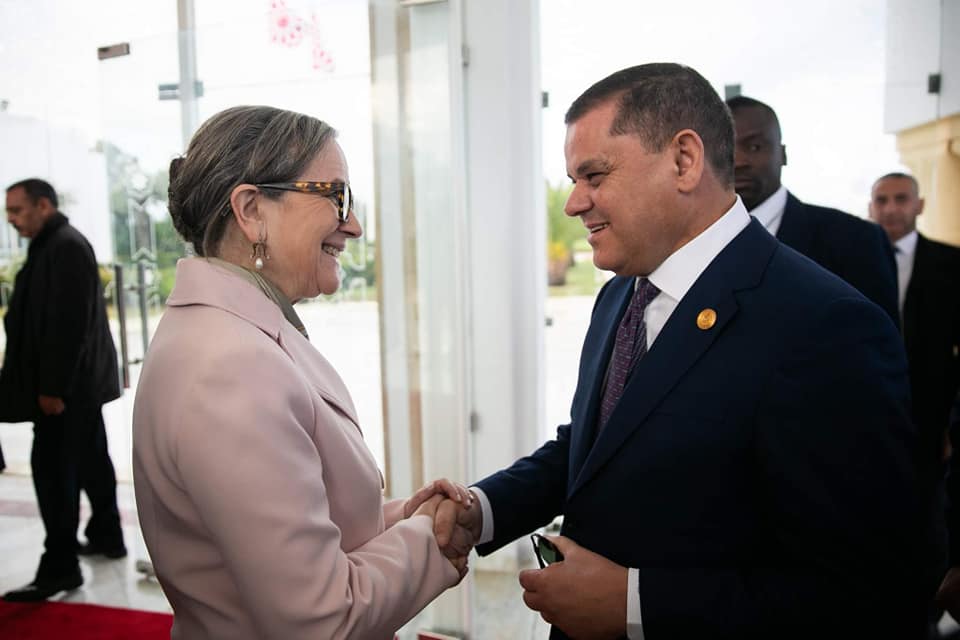 Prime Minister Nejla Bouden has welcomed a high Libyan delegation chaired by the Prime Minister of the Government of National unity Abdelhamid Dbeibah who is on a two-day working visit to Tunisia.

A meeting was organized between the leaders of the two countries.

According to the press release published on the official page of the Government Presidency, the interview concentrated on the necessity to further strengthen the relations of solidarity and collaboration between Tunisia and Libya in the various sectors.