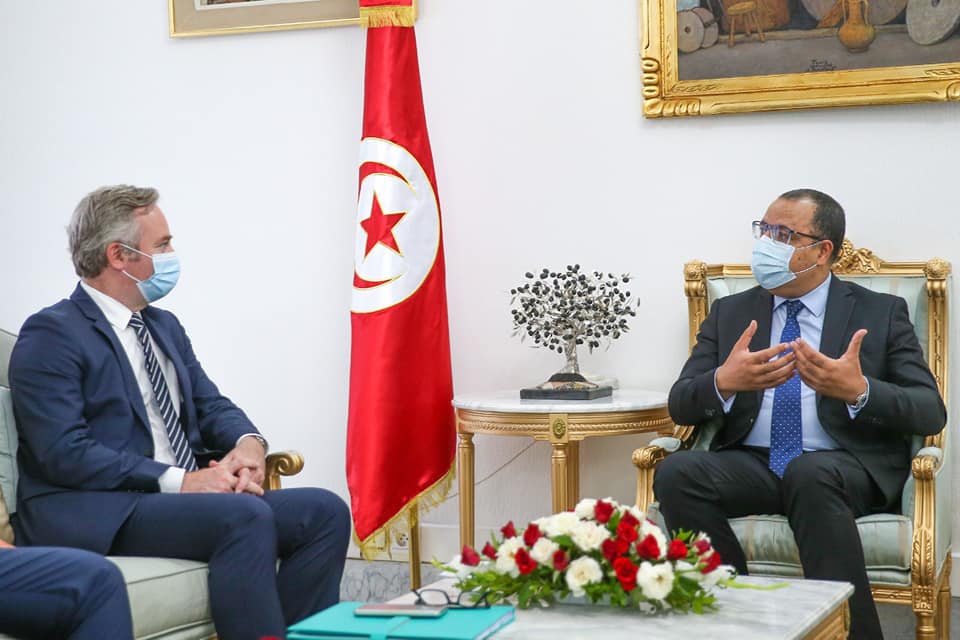 On this occasion, the PM highlighted the fraternal relationships between the two nations, expressing his gratitude to France for its support to Tunisia during this health crisis through the founding of air and sea bridge for the ‘transportation of large quantities of vaccines and oxygen. Accordingly, he called on the French Secretary of State to send his best regards and friendly sentiments to French President Emmanuel Macron and Prime Minister Jean Castex for the aid granted to Tunisia.

For his part, Jean-Baptiste Lemoyne renewed his country’s willingness to proceed with its support for Tunisia in its battle against the Covid-19 pandemic, declaring, in this context, the provision of 500 thousand doses of vaccines. Thus, the number of vaccines given to Tunisia surpasses one million doses, which will accelerate the national vaccination campaign and match the expectations of the people, particularly the youngest.

He likewise made a point of clarifying that France had classified Tunisia among the red zones for merely health considerations and in order to stop the spread of the virus, recollecting that the French authorities had authorized fully vaccinated people to access the territory. The French official also said in a media statement that the meeting with the prime minister was fruitful and made it possible to examine the efforts of the Tunisian government in the battle against the pandemic and the progress of the vaccination campaign.

The meeting additionally provided a chance to discuss the means to complete the agreements concluded during the High Franco-Tunisian Cooperation Council, as well as the final preparations for the Francophonie Summit programmed for next November.