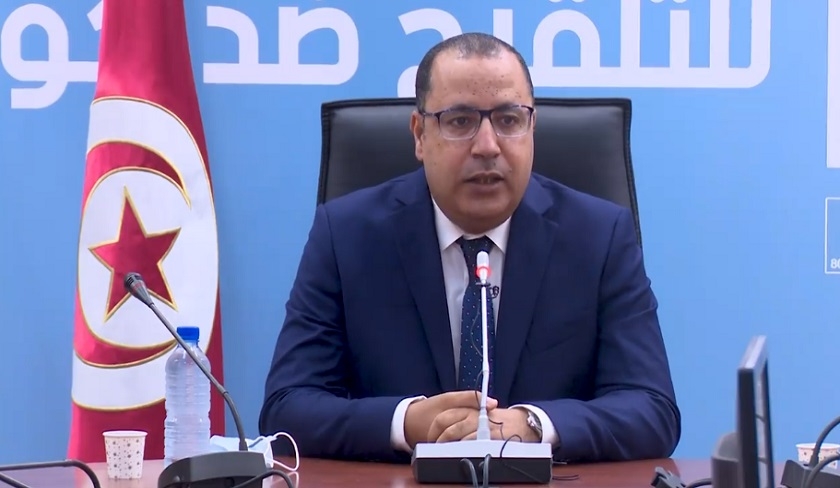 Chairing a meeting with the officials of the health ministry, prime minister Hichem Mechichi stressed that the direction of the ministry has, for some time strayed from the strategies of the State and chose to pursue another direction. He deplored that he no longer recognizes the Ministry of Health and the effectiveness of its executives who are benchmarks in their specialities.

He pointed out that he never thought that the Tunisian ministry could reach this level of pressure, to secure the supply of oxygen to patients, nor this failure in vaccination, while Tunisia has always been mentioned as an example in vaccine policy. Mechichi added that organizing these open vaccination days is a criminal decision.

He asked the audience to reveal to him how it was taken, and by whom. He was shocked that it had been taken unilaterally, without any coordination with other stakeholders, such as security authorities, and even governors.

He added: “Certainly we are beginning to have vaccines, and we want to extend the vaccination campaign, but not in this way. 29 centres have been opened today, but no one knew. Citizens were not informed that each centre had only 800 doses of vaccine. This mismanagement proves that our decision taken since January was justified ”.
On this occasion, the head of government thanked the Minister of Social Affairs for accepting this post.
He likewise said that apologies should be given to citizens, calling for restoring order in the ministry by reclaiming the marginalized powers of the department.
Partagez1
Tweetez
Partagez
+1
1 Partages