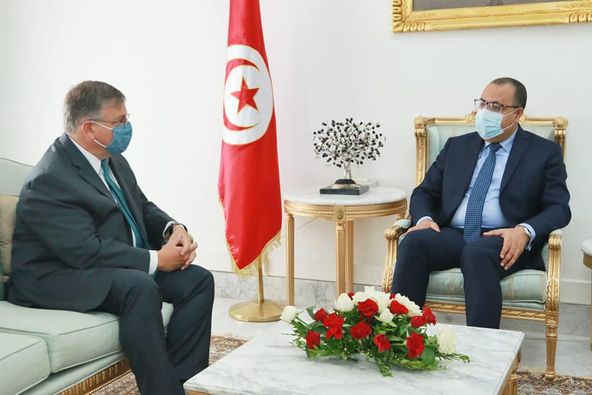 According to the statement by the presidency of the government, it was decided to approve the deal of the American donation of 500 million dinars, received under the framework of the Millennium Challenge Corporation (MCC), towards the end of this month.

According to the same source, the donation will be dedicated to strengthening the country’s economy, especially in the fields of transport and agriculture.

The two officials reviewed the subject of the consequences of the Coronavirus pandemic. As such, Bloome reemphasised his country’s willingness to assist Tunisia to receive new doses of vaccine, maintaining, in the same context, the promotion of ecotourism which could launch new projects of investment as well as job creation.