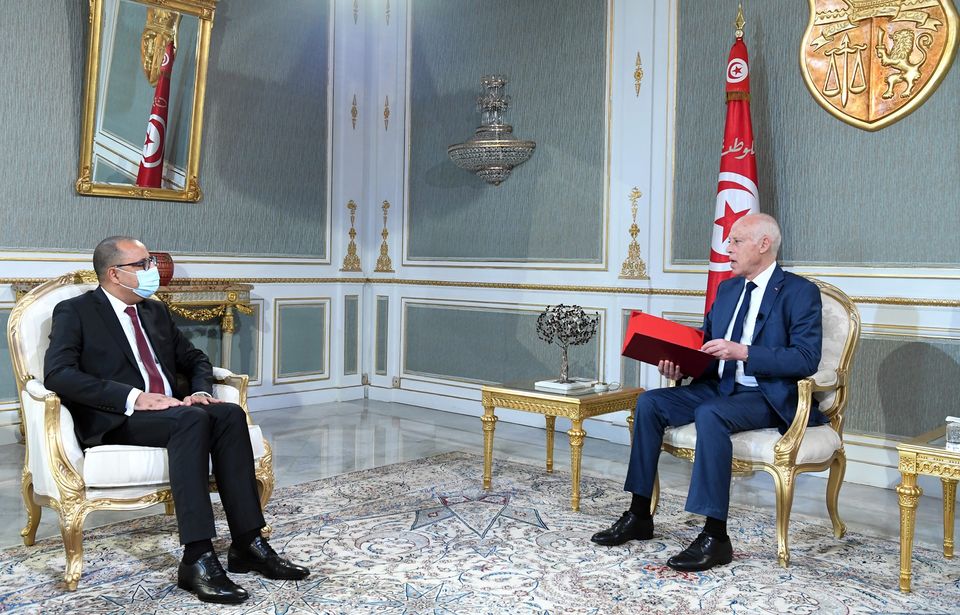 Prime Minister Hichem Mechichi called President of the republic Kais Saied, to inquire about his health and reaffirm his “constant” support, after news reported by the media about an attempted poisoning.

PM Mechichi deemed”that any attempt to target the President of the Republic is targeted against Tunisia and its people,” states an official source at the Prime Ministry.

“Kais Saied is the president of all Tunisians. He is the guarantor of the unity of the State,” the PM asserted, ensuring that the inquiry had been entrusted to the specialised official authorities.

Tunisia-Mohamed Fadhel Kraiem: A security team checks all the envelopes intended for the Presidency of the Republic
Tunisia-El Gorjani sub-department of criminal cases trusted with investigating into “suspected” envelope case
To Top