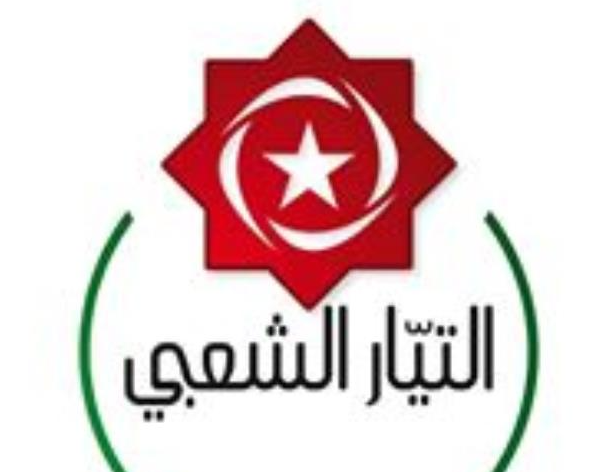 The Popular Current called on the national forces in Tunisia that reject “normalisation and resignation to imperatively find a unifying national framework to face all attempts to bend the Arab countries and force them to betray their history and national constants.”

The party expressed its position, following the signing, Tuesday at the White House in Washington, of the normalisation agreements between the United Arab Emirates, Bahrain and the Zionist entity.

In a statement released Wednesday, the party warned against “the economic collapse caused by the agents of imperialism, Zionism and Arab reactors.”

The party added that “the Brothers” and “the colonial elites” have dismantled all production systems and closed down national enterprises in order to extort the Tunisian people, in view of their economic and social conditions, and impose normalisation on them.”

It stressed the need to “shoulder the national responsibility and defend the country, its independence, the dignity of its people, its regional security and its future.”

The party explains in this regard, that it is necessary to “confront the plans of collaborators who want to destroy the political life, and open the way for populist and fascist groups and reactionary axes’ agents to control the political scene in Tunisia.”

The same source also urged “the Palestinian people to recover their unity and form a unified national leadership for popular resistance and implement the decisions of the national consensus, which consist, among others, of no longer recognising the Zionist entity, cancelling the Oslo Agreements and forming a Nationalist Arab Resistance Front to tear up the agreements.”

The Popular Current indicated in its statement that “the alliance between the Gulf countries and the Zionist entity” no longer targets Palestine alone, but the very existence of the Arab nation, through the elimination of its points of resistance and its submission to the Zionist will.

Tunisia-Octogenarian dies of coronavirus in Hammam Chatt
Tunisia-Djerba: Arrest of a foreigner in possession of more than 40 archaeological pieces
To Top