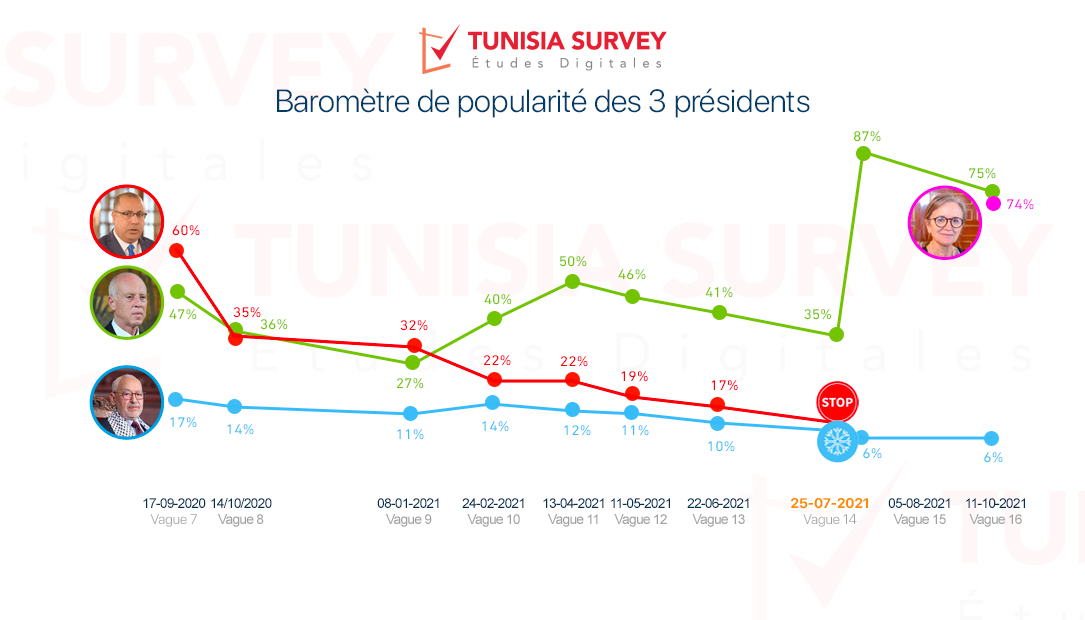 This barometer is based on a self-administered online survey that took place from June 14 to 22, 2021. Its aim is to assess the satisfaction of Tunisian Internet users with the performance of the 3 presidents: Kaïs Saïed, Rached Ghannouchi and Najla Bouden.

It should be noted that a former special edition of the barometer was reserved for wave 14 before July 25 and wave 15 after July 25. This latest special edition was based on 2 self-administered online surveys (waves) as follows:

The results revealed that July 25, 2021, propelled Kaïs Saïed’s popularity and further pushed the unpopularity of Rached Ghannouchi established for 15 waves as the all-time record holder for unpopularity.

It should be remembered that during the 14th wave of the barometer, respondents’ satisfaction with each of the three presidents was as follows.

For wave 15 of the barometer, respondents’ satisfaction with the two presidents was as follows.

It should be remembered that on Wednesday, September 29, 2021, Najla Bouden Romdane was designated by the President of the Republic Kaïs Saïed as prime minister. For the first time in the history of Tunisia and the Arab world, a woman has assumed the post of head of government.

At the head of the Kasbah, Najla Bouden Romdhane was responsible for forming the new government. This 16th wave of the barometer is accordingly characterised by the entry of the  President of the Government. The online survey took place from 01 October to 11 October 2021. The sample size after screening is 1,891 respondents. 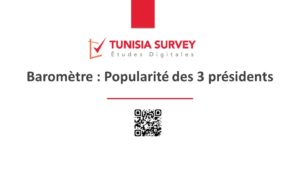 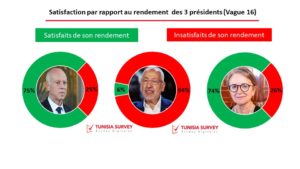 As unpopular as ever, The frozen House speaker Rached Ghannochi has failed to raise the bar.  His unpopularity is now at its lowest point with 94% unsatisfied with him. 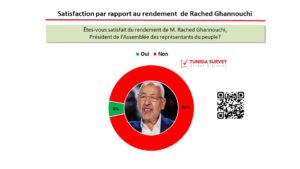 Despite the boost of July 25, the popularity of the President of the Republic reveals a drop of 12 points. More than 75% of respondents are satisfied with its performance compared to 87% during wave 15. 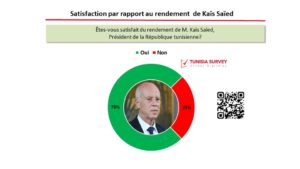 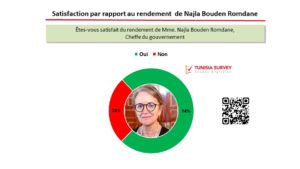 Lack of trust, program and  experience are the main reasons for dissatisfaction: 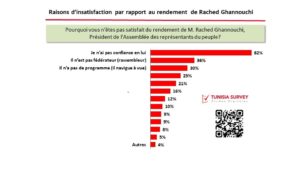 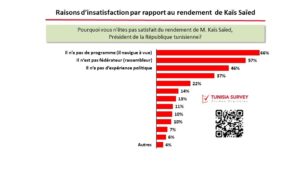 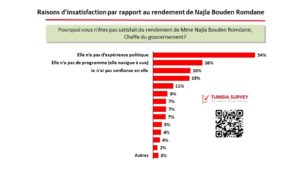 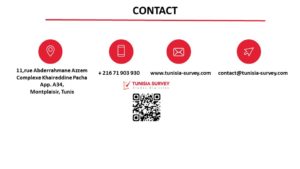