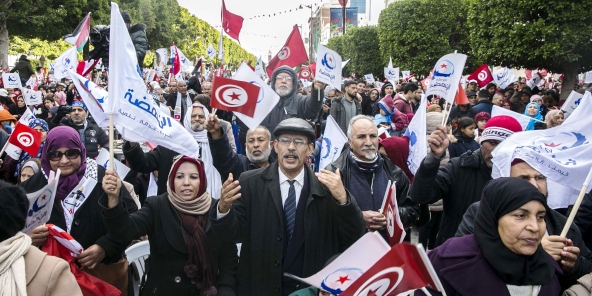 Partagez1
Tweetez
Partagez
+1
1 Partages
Citizens against the “coup d’etat” has declared the postponement of the protests organized with the Ennahdha Movement planned for this Sunday, for February 13, 2022 at 11 a.m.
The Movement clarified that this postponement took place after the controversy that has been sparked in recent days since the demonstration movements overlap with the anniversary of the assassination of Chokri Belaïd.
“We took this decision to consolidate the principle of national unity and out of respect for the organizations and associations that called to protest on the same date,” reads the same press release.
Partagez1
Tweetez
Partagez
+1
1 Partages

Tunisia-Seeking truth in Belaid’s and Brahmi’s assassinations, still our priority (Popular Current)
Tunisia- July 25 Movement calls for the dissolution of the CSM
To Top