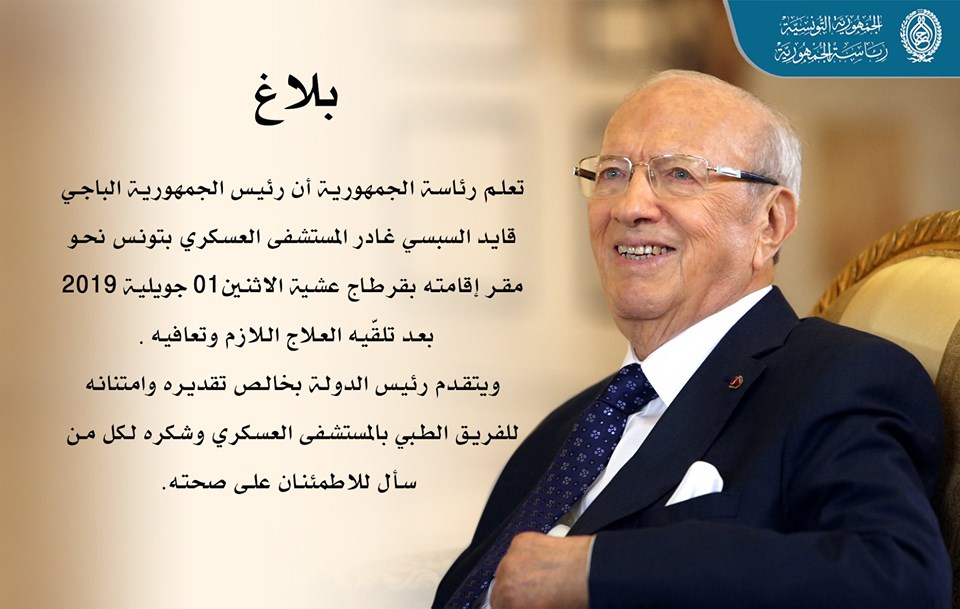 The presidency of the Republic has announced, through an official statement, that President Béji Caïed Essebsi has been discharged from the military hospital toward the presidential palace of Carthage after receiving necessary treatment and properly recovering from acute poisoning.

Tunisia: Investigations to be launched with 100 pages implicated of promoting rumours about the President passing
Tunisia-weather forecast for Tuesday 02/07/2019
To Top