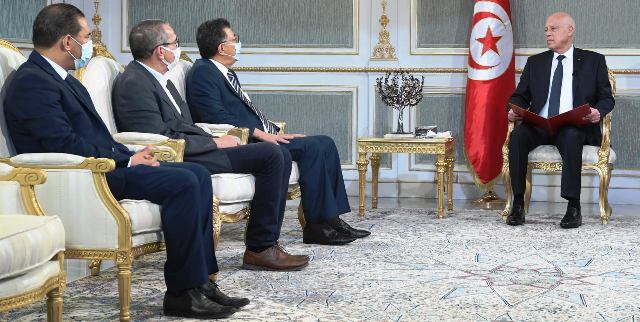 Partagez14
Tweetez
Partagez
+1
14 Partages
A sentence that the President of the Republic, Kaïs Saïed, uttered, this Thursday evening, in the attendance of the president of the bar and the leaders of the LTDH, which appears extremely important, but which apparently did not attract the attention of several observers.
The head of the state, in fact, declared to his guests that he will go back to the people who are the origin of power and who will be capable to decide, in accordance with the law. A sentence that certainly alludes to an upcoming holding of early elections, or even a referendum, through which the people will be able to choose and give their choices.
It seems, accordingly, that we are, well, moving towards a possible dissolution of the parliament, to enable new elections, and, probably, the suspension of the constitution, with the elaboration of a new text which would be put to a referendum!
Partagez14
Tweetez
Partagez
+1
14 Partages