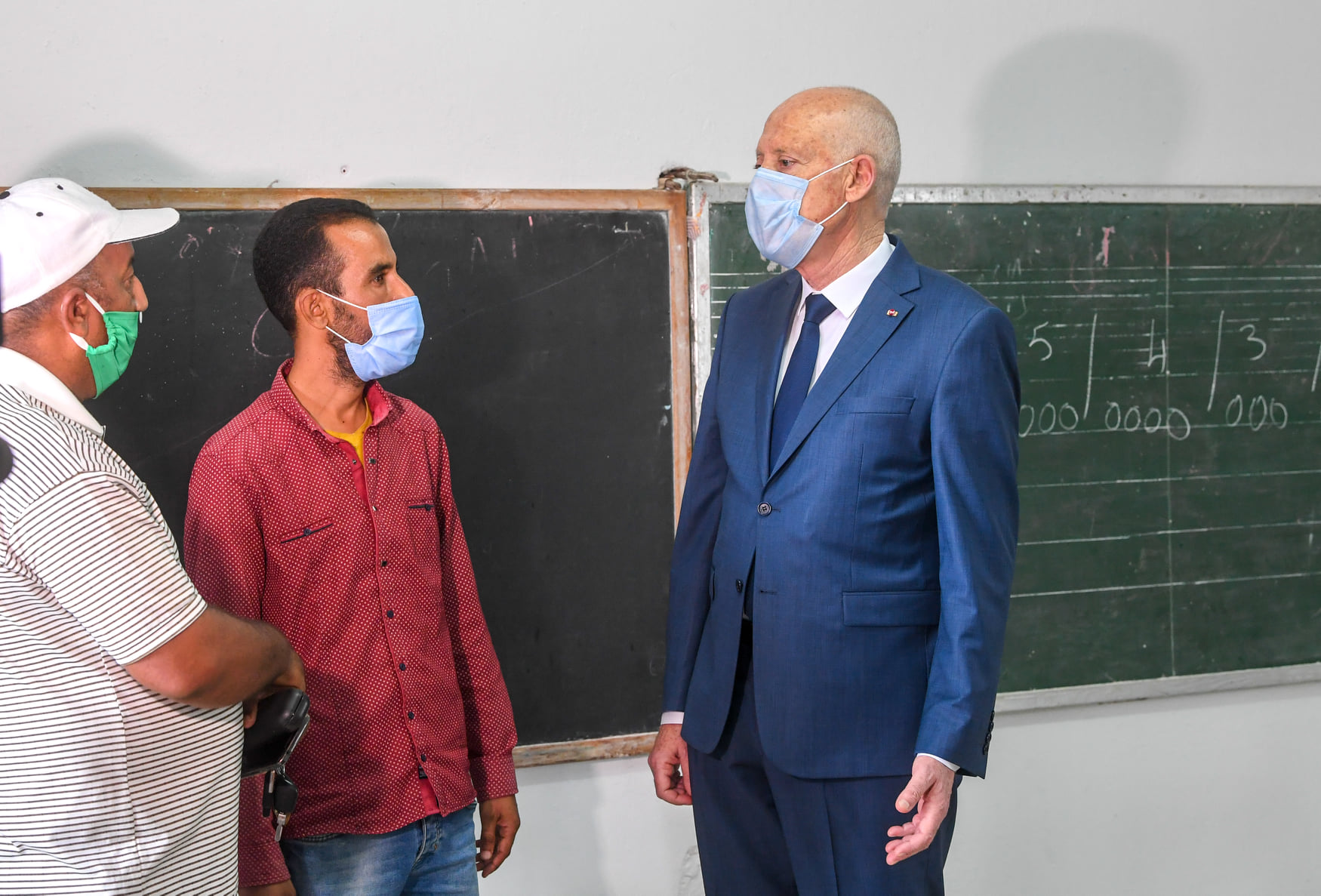 President Kais Saïed announced Tuesday that the National Defence Ministry will undertake the construction of a bridge near the El Batah primary school in the delegation of Fernana (Jendouba governorate), so that pupils can safely cross the wadi located near the school.

The Head of State inspected all the classrooms of this school named after Maha Gadhgadhi and listened to the concerns of the pupils and teachers.

He noticed on this occasion the lack of teachers and the poor social and hygienic conditions.

Saied also talked with the inhabitants of the border region who deplored the lack of school transport and the deterioration of the infrastructure, as well as the lack of drinking water and the rising unemployment rate.

The president was sympathetic and stressed that all the inhabitants have the right to a decent life and must have access to all the amenities of life.

He then went to the Halima border guard post in the Fernana district of Tabarka where he checked the working conditions of the officers and commended their efforts to protect the country from all dangers.

Besides, the Head of State paid a visit to the family of late Maha Gadhgadhi and underlined on the occasion, the need to provide assistance to all those who deserve it.