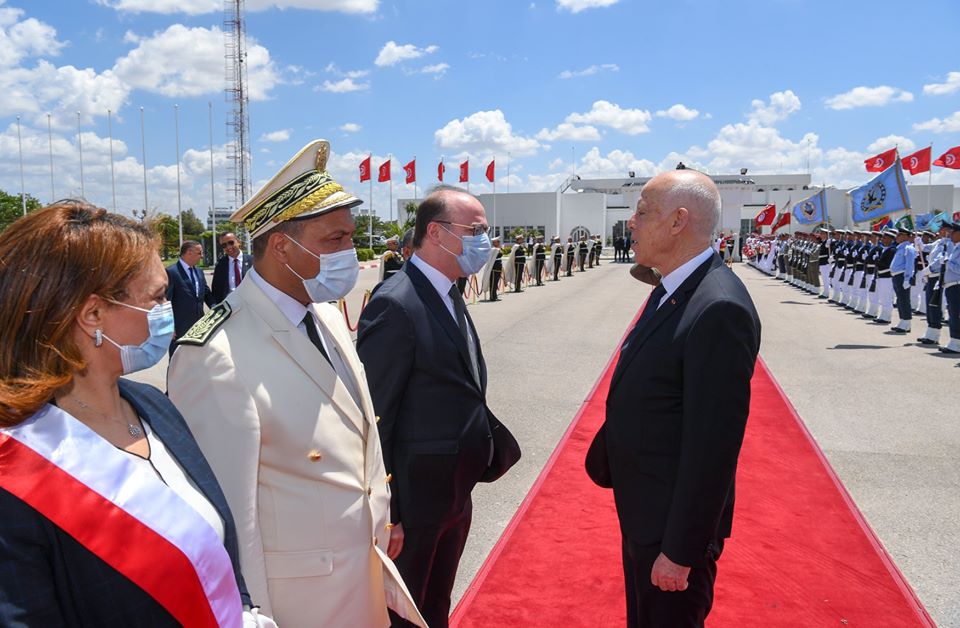 Upon his arrival at Tunis-Carthage International Airport, the three armies formation greeted him, before saluting the flag to the tune of the national anthem.

The President of the State was seen off by Prime Minister Elyes Fakhfakh, and members of the Presidential Court, as well as the Governor of Tunis and the mayor of Tunis.

During this visit, the Head of State will be accompanied by a high-level delegation that includes, in particular, the Ministers of Foreign Affairs and Finance.