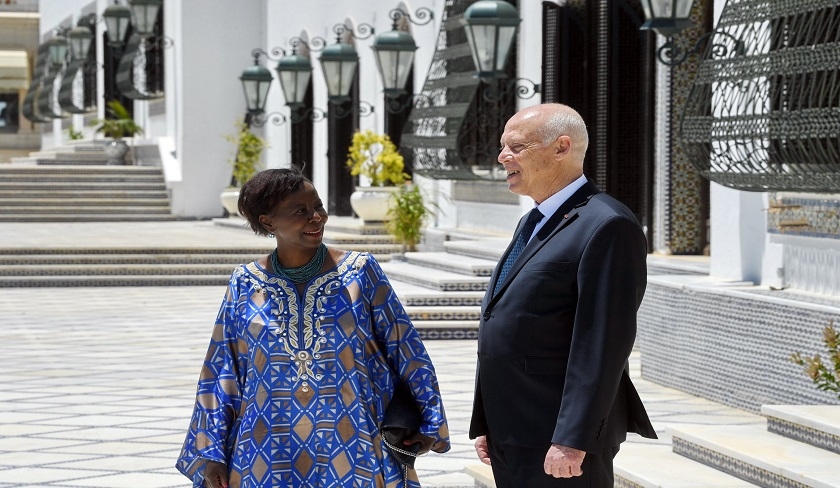 The President of the Republic, Kaïs Saïed, received this Friday, June 11, 2021, Louise Mushikiwabo, the Secretary-General of La Francophonie, who is currently visiting Tunisia as part of following up on the arrangements for the 18th Summit of La Francophonie which will be held in Djerba at the end of the year.

This meeting outlined an occasion during which the two parties reviewed the last preparations to host the summit in November 2021. The head of the state reiterated Tunisia’s commitment to the success of this major international event, which will contribute to the strengthening of the political and economic partnership in the French-speaking area.

Louise Mushikiwabo welcomed the speedup of preparations for the summit in recent weeks, emphasising the readiness of the organization and its member states to support Tunisia’s efforts to give all the elements required for the success of this important date. She stipulated that the event, which corresponds with the 51st anniversary of the creation of the International Organization of La Francophonie, will be the opening point of a new phase in the work of the organization based on a balance between the idea of ​​adjusting to the present and preparing for the future by addressing several priority subjects such as youth, digitization, employment and communication technologies.