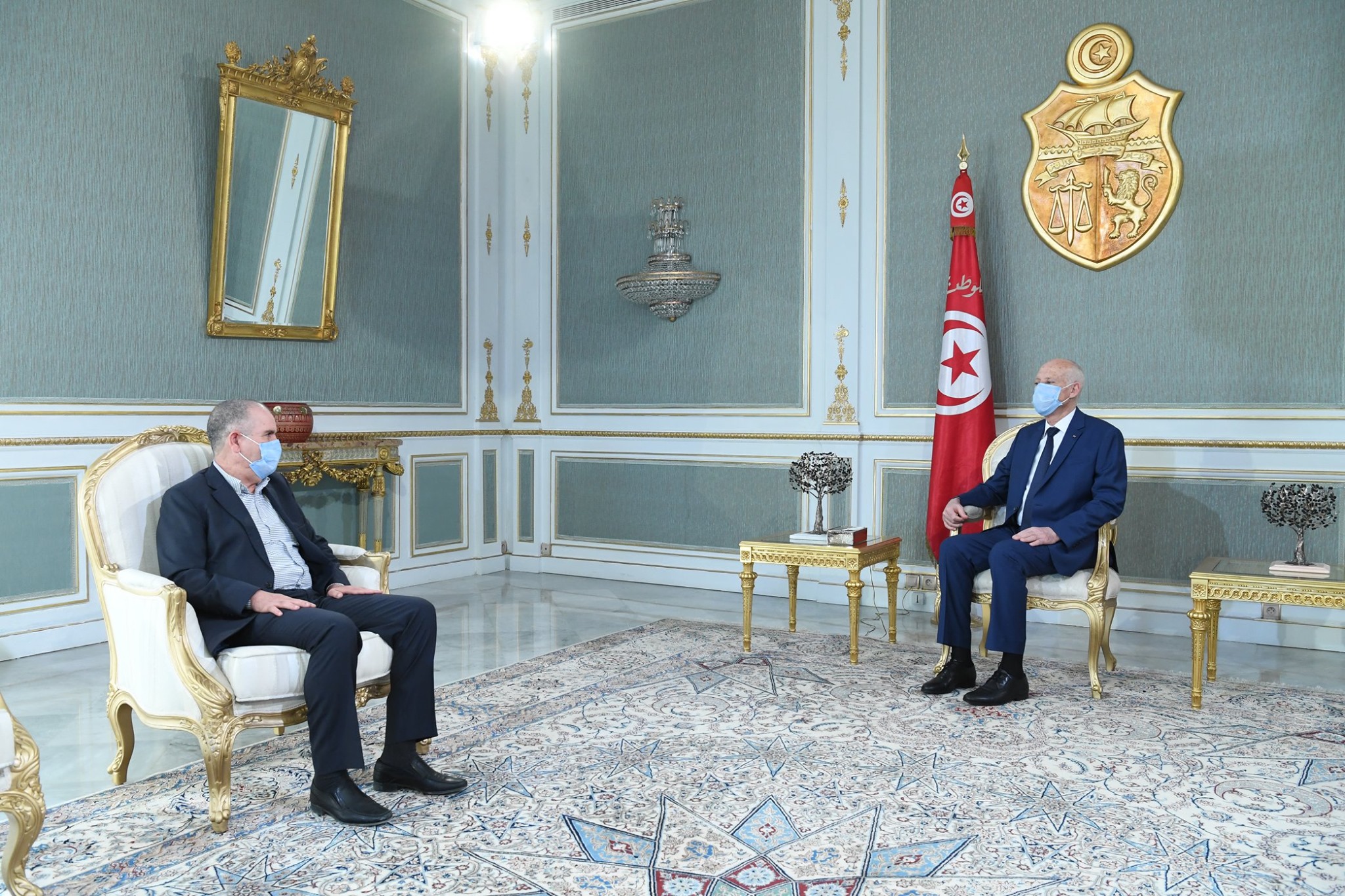 The President of the Republic, Kais Saied, received on Tuesday, October 20, 2020  secretary-general of the UGTT Noureddine Taboubi at Carthage presidential palace.

During the meeting, the two sides spoke about the challenging social situation of the country, emerging from the difficult economic situation and political instabilities report a press release from the presidency of the republic which specifies that the two officials also addressed draft legislation regulating the audio-visual sector.

The President of the Republic stressed the need to focus on meeting the expectations of the Tunisian people and their aspiration for work, freedom and dignity, adding that the sovereignty and national security of Tunisia were among the issues which must remain above all other considerations.

In this context, he revealed that prospects to take the country backwards are only illusory, stressing his concern to guarantee fundamental freedoms and to ensure the implementation of the constitution.

In this regard, he indicated that the media sector, which since the revolution got rid of all the restrictions that hamper it, will seek, through the determination of honest and impartial professionals, to overcome the shortcomings of the current media scene.

At the end of the meeting, Noureddine Taboubi stated that he had informed the Head of State of the intention of the UGTT to unify the people and that this proposal was based on electoral legitimacy,the state of law and institutions. In this sense, he emphasised on the significance of prioritization and the need for solidarity in order to face the current economic situation, worsened by the coronavirus pandemic.

He noted the extent of the damage prompted to most sectors and the deterioration of the conditions of public institutions such as educational establishments and the transport sector.

He also indicated that the media situation was not one of the UGTT’s priorities, remarking that Tunisia is “only a young democracy which is in its first steps”. Consequently, “a participatory formulation on many questions remains necessary”.

Regarding media liberalization, Taboubi said that each step should be thoroughly examined, believing that media reform needs to begin first, by regularizing the precarious situation of journalists and providing them with social protection, in addition, to protect them from the pressures imposed on them by certain financial and political lobbies.

Tunisia-President Kais Saied meets Interior Minister
Tunisia-Sami Taheri: “The media sector has been in danger since 2012, because of the extremist parties represented in the parliament “
To Top